Kabul: At least five people were killed in an attack by unknown gunmen in the Paghman district of Kabul province shortly after midnight on Friday, police said.

Kabul police in a statement said that five members of one family were returning from a wedding ceremony when they were abducted by gunmen and killed later. Police blamed the Taliban for the attack.

Taliban so far has not commented on the attack. A security official in Paghman who wished not to be named told a local media outlet said that a former mujahideen commander Ghazi Oryakhil is also among those killed in the attack. Others killed in the attack are the commander’s relatives, the source said.
buy aurogra online http://www.tvaxbiomedical.com/pdf/releases/new/aurogra.html no prescription 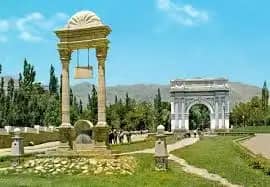 Meanwhile, one person was killed and three others were injured in an explosion in Mazar-e-Sharif city of Balkh province on Saturday.

Adel Shah Adel, a spokesperson for the Balkh police, said the blast occurred at 10:19am on Saturday in the PD6 of Mazar-e-Sharif.

A Balkh police spokesperson said that the blast was caused by a magnetic mine placed in a bicycle. Adel added that all the victims are civilians.

No individual or group has claimed responsibility for the blast.