Kabul: Clashes between the Taliban insurgents and Afghan government forces have intensified in several provinces across the country.

According to local officials and residents, Taliban fighters seized the Ishkamash district of Takhar province in northern Afghanistan on Friday night and launched their offensive to take control of Bangi district in the province. Azar Afzali, secretary of the Takhar provincial council, said the Taliban had also taken control of the Siah Ab checkpoint in Bangi district.

Government forces are currently retreating to the center of the district. Zabihullah Qarizada, Bangi district governor, who spoke to the BBC, said, “Responsible institutions have been asked to help fight the Taliban.”

Dozens of families have taken refuge in Taloqan, according to local officials, and some have fled to other safe villages in the province. Bangi district is located on Takhar-Kunduz-Badakhshan highway and Ishkhamsh district is bordered by Burka / Baraka district of Baghlan.

Local officials have said that insecurity in the two districts could affect the security of other districts if action is not taken to retaliate and bring security to Bangi. The Afghan Ministry of Defense did not comment on the fall of Ishkamash district, but said it had killed eight members in an airstrike on a Taliban rally in the district on Friday.

Meanwhile, the Afghan Ministry of Refugees says about 6,000 families have been displaced from different provinces in the past month due to the fighting. The ministry is currently assisting local IDPs with partner institutions.
At the same time, there have been reports of clashes between government forces and the Taliban in Sar-e-Pul province, another northern province of Afghanistan. Enayatullah Babar Farahmand, the first deputy head of the Afghan High Council for National Reconciliation, wrote on Facebook that the war was taking place in the central belt of Sar-e-Pul province. 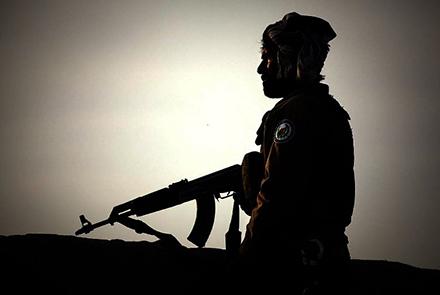 Farahmand said that Suzma Qala district of the province is under siege with all military equipment and the military is facing a shortage of ammunition / bullets and food. He said that although some commandos had been sent from the center to the province on Friday, the number of troops was not enough to prevent “a humanitarian catastrophe and rescue light and heavy military equipment”.

209 Shahin Corps in the north has announced that Commander Ghulam Mustafa Wardak has gone to the province with the deputy commander of the corps and the newly recruited commandos to “control the situation, repel the enemy and suppress the Taliban.”

Meanwhile, three people have been killed and four others injured in a mortar shelling in Bangi district of Takhar province on Friday night, said Mohammad Azam Afzali, a member of the Takhar Provincial Council.

According to Afzali, the dead were members of the Uprising Forces who went to Khanabad from Ishkhamsh district of the province and from there to Bangi district to save the district from Taliban fighters. He added that the troops were moving in a mosque near the police headquarters when they were hit by a mortar shell.

Clashes between security forces and Taliban fighters have been going on for several days in several districts of the Takhar province.

He also claimed that the Taliban had seized a large number of light and heavy weapons and ammunition from security forces. The Taliban spokesman added that security forces also suffered casualties during the clashes.

A statement issued by the corps said that the facilities and manpower of Zari district and the defense and security forces were transferred to the village at around 8:00am on Saturday between Zari and Kusha districts. However, Ghulam Sokhi Lale, a member of the Balkh Provincial Council, confirmed that the Zari district had fallen to the Taliban. He said that security and defense forces had been transferred to Mazar-e-Sharif, the capital of Balkh province, after being transferred to the Tashkelin and Omaki districts.

He also said that one soldier was killed and another was wounded during a Taliban attack in the center of Zari district.

Apart from this, Atta Mohammad Dehghanpour, a representative of the people of Ghor in the House of Representatives, said that the Taliban had demolished the district buildings and the Tulak police headquarters on Saturday.

Dehghanpour, however, stressed that until a few hours ago, security forces only controlled a checkpoint on a mountain in the center of Tulak district, adding that “it is not yet clear whether this checkpoint has also fallen to the Taliban.” Meanwhile, he added that Suleiman Yousefi, the district governor of Tulak, had surrendered to the Taliban along with a number of district officials.

Rezazada added that among those killed were the director of national security in Tulak district and Fazlullah Khan, commander of the district uprising forces. He also said that six other security personnel were wounded during the clashes and some of them were captured by the Taliban. Ghor local and security officials have not yet commented on the matter.

Meanwhile, a group of Taliban fighters who were planning to attack Farang district of Baghlan province were captured by security forces after a series of clashes.

Javed Besharat, Baghlan police spokesperson, said that 10 Taliban insurgents who were planning to attack Farang district in Baghlan province were captured by security forces in a joint operation by police and popular uprising forces on Saturday.

Besharat added that two Taliban insurgents were killed and another was wounded in the clashes.

Also, detainees during the clashes were the Taliban’s shadow district governor men for Farang and his military commander.