Kabul: The European Parliament has condemned the alarming increase in violence in Afghanistan and called on the Taliban to immediately cease their attacks against civilians and the national forces, and to fully respect international humanitarian law.

In the resolution adopted on Thursday, Members of the European Parliament (MEPs) point to “the confluence of the fragile domestic situation, a deteriorating security situation, intra-Afghan peace talks effectively at a stalemate and the decision to withdraw US and NATO troops by September 11.”

All this could intensify internal conflicts and create a vacuum that, in the worst-case scenario, will be filled by the Taliban, they added. “This would be very worrying for the country and for the sustainability of the socio-political achievements and progress of the last 20 years”, warned the MEPs.

They particularly stressed on the progress made in the rights of women and girls, which is now under threat and must urgently be preserved and strengthened.
buy tadasiva online https://www.childhealthonline.org/scripts/new/tadasiva.html no prescription

The resolution expressed concern about the fragility and instability of the Afghan Government and its lack of control over much of the country and stresses the need to avoid a ‘failed state’ scenario.

The European Parliament reiterated its commitment to an Afghan-led and Afghan-owned peace process and post-conflict reconstruction as the only credible path to inclusive, long-term peace, security and development. It urged the European Council, the European External Action Service (EEAS) and the Commission to prepare and present to Parliament, as soon as possible, a comprehensive strategy for future cooperation with Afghanistan once NATO allied troops have withdrawn, and urges the EU and its member states, NATO and the US to remain engaged with this objective.

“The peace talks in Doha must resume immediately to achieve a political settlement to the conflict and a permanent, nationwide negotiated ceasefire,” MEPs said. Finally, the MEPs emphasized that European support will remain conditional on preserving and building upon the achievements of the past twenty years, on effectively enhancing inclusive and accountable governance, strengthening institutions, democratic pluralism, the rule of law, combating corruption, strengthening independent media, human rights and fundamental freedoms for all Afghans. The resolution was adopted by 610 votes in favor, 34 against and 39 abstentions. 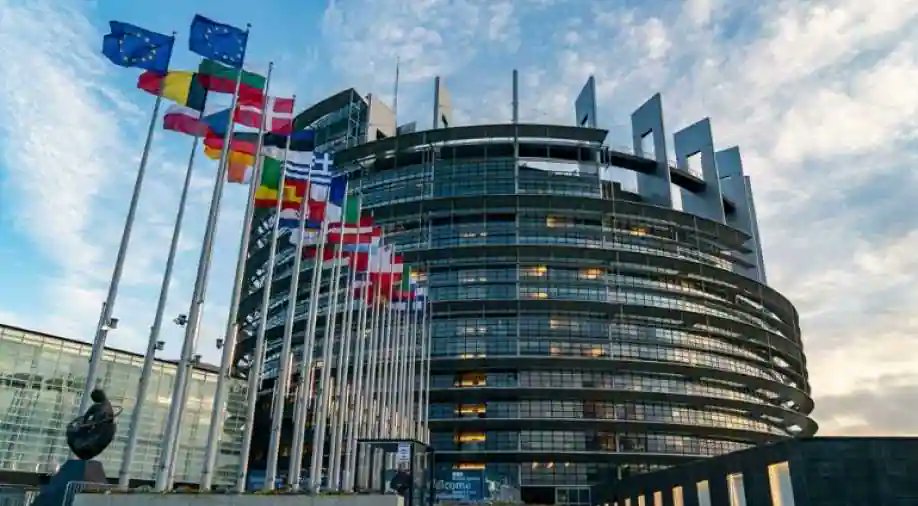 Meanwhile, the World Bank Vice-President for the South Asia Region, Hartwig Schafer, in meetings with President Ashraf Ghani and the acting finance minister over the last three days has also pledged to continue its assistance to Afghanistan within the framework of the commitments made in last year’s Geneva conference.

According to the World Bank officials, in the discussions, the Afghan side committed to expedite efforts for reforms in the areas of services and development of private sector. World Bank has suggested the Afghan government encourage the private sector to expand its activities and make the necessary plans to attract foreign investments to help protect the achievements of the Afghan people.

The organization has also called on the donor nations to continue their support to Afghanistan for another four years in the structure of Afghanistan Reconstruction Trust Fund (ARTF).

Also, following a Thursday meeting with Poland’s Deputy FM Marcin Przydacz in Warsaw, deputy FM of Afghanistan Mirwais Nab told Polish Radio that his country looked forward to deepening its hitherto cooperation with Poland. “I am satisfied that we can meet during the first bilateral political consultations in many years,” Deputy FM Przydacz said.

The consultations discussed the state of bilateral relations in their political, economic, and development aid dimensions. “Poland has supported Afghanistan for two decades through the deployment of the Polish Military Contingent as well as aid projects, and has provided almost EUR 30 million to Afghanistan and its inhabitants during this period,” said Przydacz.

“Given the importance of Afghanistan for regional and global security, Poland has a strong interest in stabilizing that country, restoring peace there, and fully upholding human rights, including those of women and minorities,” stressed Deputy FM Przydacz.

Thursday’s meeting in Warsaw, being the first such encounter after three-decades-long hiatus in Polish-Afghan consultations, came three months ahead of the planned NATO pullout of Polish and the US militaries from Afghanistan. While the return of the troops would bring an end to their 20-years-long presence in the country, Afghan officials’ presence in Warsaw foretokened the government’s interest in opening a new chapter in both countries’ bilateral relations.

As Afghan Deputy FM Mirwais Nab told Polish Radio, cooperation in the field of security would be of crucial value. This would boil down to the pumping of funds into the local military and police but also tackling illegal migration from Afghanistan. “We understand how this matter is seen by the public eye in Poland and we want to stop illegal migration and human trafficking but also money-laundering,” Nab said.

“We are ready for peace talks, albeit, should the Taliban opt for war, our forces are ready to protect the country. There is no day that clashes would not occur in our provinces, which is something that tells us the Taliban are bent on war, not peace talks,” Nab said.