During the meeting, Arnault called the continuation of the attacks and the escalation of violence unacceptable to the United Nations and the supporters of peace in Afghanistan. He also stressed on the need to speed up peace talks and ensure an immediate and comprehensive ceasefire.

Arnault described the continuing violence and the failure to start meaningful intra Afghan peace talks and the Taliban’s failure to agree to an immediate and comprehensive ceasefire to jeopardize the success of the peace process. 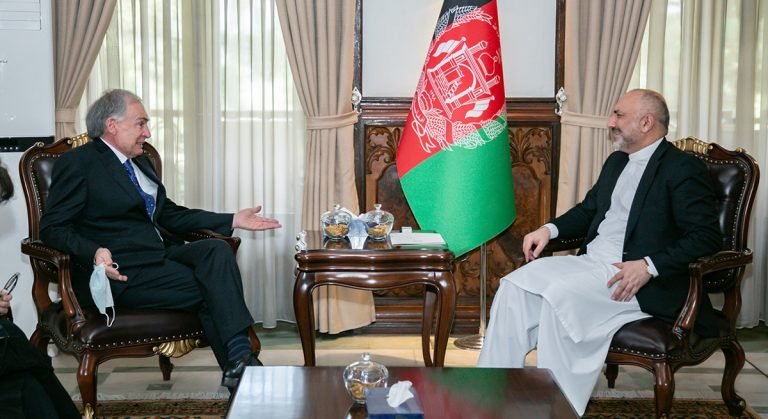 According to the Foreign Ministry, he expressed concern over UN Security Council Resolution 2513 and the Taliban’s failure to live up to its commitments to sever ties with regional and international terrorist groups, and described the situation as destructive to achieving lasting peace in Afghanistan.

During the meeting, Hanif Atmar spoke about the Afghan government’s plans in the political, security and peace sectors, and stressed on the need for implementation of the global call for ceasefire and the importance of peace talks.
buy ivermectin Canada langleyrx.com/ivermectin.html no prescription

At the end of March last year, Jean Arnault was appointed Special Representative of the Secretary-General for Afghanistan and the region, focusing on the peace process. He has just started his mission and has already traveled to countries in the region.