The office of former president added in a statement that UN Secretary-General’s representative for Afghanistan, Deborah Lyons was also present in the meeting.

Karzai welcomed the appointment of Arnault as United Nations Secretary-General’s Personal Envoy on Afghanistan and Regional Issues, calling him a skillful diplomat and hoped that his efforts play effective role in the peace process.

Meanwhile, Dawa Khan Meenapal, head of the Government’s Media and Information Center, said that Afghanistan will not achieve peace as long as the Taliban enjoy support in Pakistan. 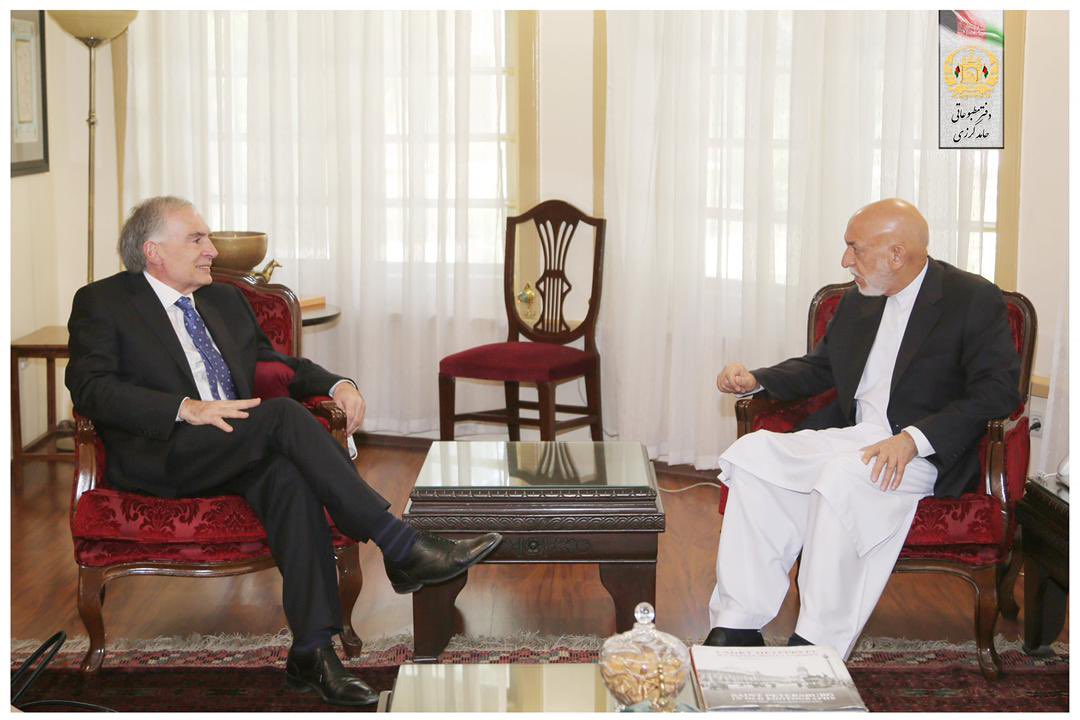 Pakistan, which helped facilitate US-Taliban negotiations in Doha that resulted in troop withdrawal deal, wields considerable influence with the Taliban.

Tensions between Afghanistan and Pakistan have increased recently as Pakistan officials have said that they stopped with contacts with Afghan National Security Adviser Hamdullah Mohib over his remarks against Pakistan.