He added that about 300 Taliban insurgents attacked the district in 80 vehicles. Naimi also said that the army base in the district had completely collapsed and that security forces had been fighting the Taliban in the district police headquarters until 10:30am on Sunday.

According to him, the connection with district police command has been cut off and it is likely to fall. The deputy head of the Farah provincial council said that about 110 government forces were stationed in the district.

He added that the Taliban had launched a large-scale offensive to seize Pashturud district last night, but had so far been unable to seize the district.

Meanwhile, the Interior Ministry has said that in recent days a number of so-called “local influential leaders” have been mediating in some provinces to hand over security checkpoints to the Taliban.

Interior Ministry spokesperson Tariq Arian tweeted on Sunday, that it was “against military principles and rules” and that arrest warrants had been issued for such individuals. He added that several people had been arrested in connection with the cases. 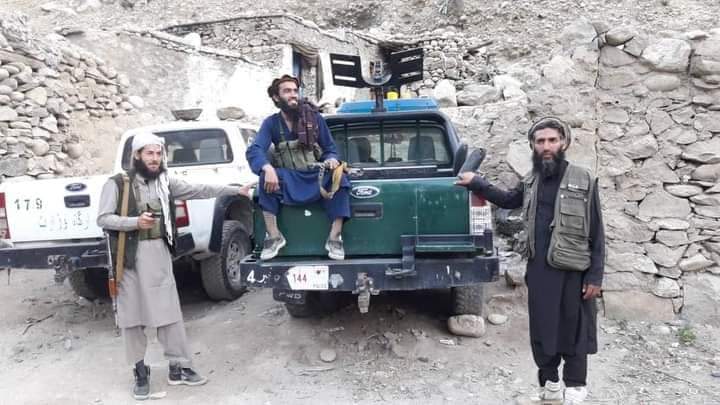 “Anyone who commits such an act has already been ordered to be detained by the country’s security and defense forces,” he added.

Rezazada added that they had retreated to the Tiwari district of Ghor. He also said that Taliban fighters had now entered government facilities in Saghar district and hoisted their flags over them.

Local officials have not yet commented on the matter. The Taliban, however, said its fighters now controlled the district buildings, the police headquarters and the national security department of Saghar district.

The group claims that 10 government troops and their equipment surrendered to the Taliban.

Bazaar Of Ali Abad District Of Kunduz Has Not Collapsed To Taliban: Police Spokesperson