Kabul: The Taliban attacked a security outpost in Shulgara district in the northern province of Balkh and destroyed a small bridge, therefore cutting off access to the center of the district, security sources said on Sunday.

The clashes took place in the Khak Baad village of the district, the sources said.

Mohammad Haneef Rezaee, a spokesperson for 209 Shaheen Corps, said that “sometimes clashes occur in the area, but the destroyed bridge will not affect the supply of equipment and reinforcements as the outpost is close to the center of the district.” The Taliban has not yet commented on the clashes. Meanwhile, security sources said that the Taliban also clashed with security forces in Koshende district of the province. Local officials have not yet commented on the clashes in the district.

In fact, local sources in Helmand province said that eight policemen were killed and three others were wounded in an attack by Taliban insurgents in the province.

Atalullah Afghan, chairman of Helmand Provincial Council, said that the incident took place at 10am on Saturday in the area of the Qala-e-Bast. According to him, Taliban infiltrators fled to Taliban-held areas after attacking police officials. 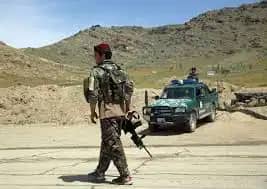 Meanwhile, Helmand police spokesman Mohammad Zaman Hamdard said two policemen had been killed in clashes with Taliban in the area of the Qala-e-Bast.

On the other hand, even as security situation worsens in the country, Mohammad Arif Rahmani, a member of the House of Representatives, has said that the security plan to secure western Kabul has not been discussed so far.

Rahmani wrote on his Facebook page on Sunday that last week, a detailed meeting was held at the Presidential Palace with officials from the Office of the National Security Council, the National Directorate of Security, the Ministry of Interior and Defense on the security situation in Afghanistan.

He added, “Zohra Nawrouzi, the representative of Kabul province, asked the National Security Adviser about the security plan and I felt that Mohib did not take responsibility for it. But Rafi Fazel, the Deputy National Security Advisor, said regarding VP Danesh’s security plan that it has not been discussed yet, because the president has said that he wants to personally review and evaluate the plan in a meeting.”

He said that given these remarks and all the daily killings and massacres of Hazara citizens, it is surprising that President Ghani has not even had a chance to consider VP Danesh’s security plan.

The member of the House of Representatives stressed that it was time for the people and citizens to set a deadline and if the government does not take action to secure western Kabul by that deadline, the people should not wait longer for the government and security agencies and start working on their own and implement and operate their own defense system.

Bazaar Of Ali Abad District Of Kunduz Has Not Collapsed To Taliban: Police Spokesperson