Kabul: The Ministry of Foreign Affairs announced on Monday that Iranian police have detained a number of Afghan refugees living in Tehran near the Afghan Embassy in Tehran.

A statement from the Ministry of Foreign Affairs expressed concern over the detention of the refugees.

The Ministry of Foreign Affairs has said that Kabul’s concerns have been shared with Iran through the Afghan embassy.

According to the ministry, the Iranian side has promised Afghanistan a comprehensive review. The ministry said that it is pursuing the issue through diplomatic channels.

The reason for the detention of Afghan refugees in Iran has not yet been announced. 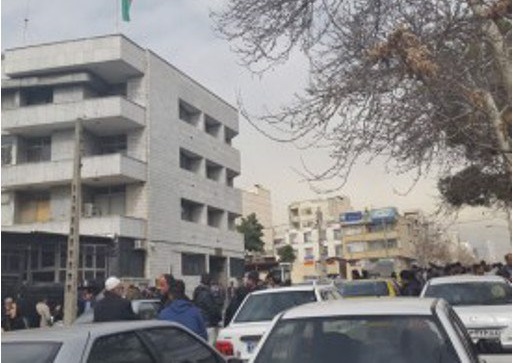 Meanwhile, even officers from the Podlaski Border Guard unit stopped 24 illegal migrants, who were mostly from Afghanistan and Chechnya, after they crossed the Belarusian-Polish border.

The group of illegal migrants had reached Poland on foot through the so-called ‘green border’ in the East of the country.

They were stopped near the small town of Zubrzyca Mała located a few kilometers from the border itself by a Border Guard patrol.

After carrying out necessary actions by the Border Guard, the court decided to relocate the migrants to guarded centers for foreigners in Białystok, Kętrzno and Lesznowola.