Kabul: Kazakh President Kassym-Jomart Tokayev on Monday discussed with Zalmay Khalilzad, the US special representative for reconciliation in Afghanistan, prospects of an “enhanced” bilateral relationship amid the withdrawal of US and NATO troops from the war-torn country.

Tokayev received Khalilzad, who arrived in Kazakhstan on a working visit. “They discussed the prospects for the development of the Kazakh-US enhanced strategic partnership in the context of ensuring security and stability in Afghanistan, including in the light of the withdrawal of US and NATO troops from this country,” a statement by the Kazakhstan presidency said.

Khalilzad expressed gratitude to Tokayev for the opportunity to meet in person and praised his role aimed at restoring stability in Afghanistan. He shared his assessments of the current situation in Afghanistan, and US efforts on the intra-Afghan peace process, which is ongoing in Qatar since last December but has made little progress. 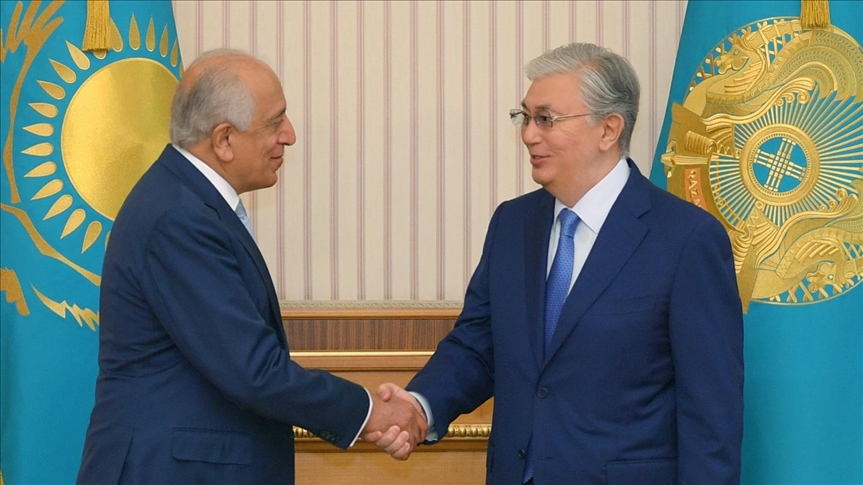 Meanwhile, in other news, the papal mission to Afghanistan faces an uncertain future as foreign military forces, led by the United States, carry out a gradual withdrawal from the strife-torn nation, the priest who leads the mission told ucanews.com

“What is worrying is the future. I hope that what has been done remains, that there is no going back as is feared,” said Barnabite Fr. Giuseppe Moretti, superior of the ‘Missio Sui Iuris’ in Kabul since 2002. Moretti said his concerns are rooted in an upsurge in violence.

“In recent months, people who have collaborated in the development of the country, professional women or young students, have been killed,” he told the Vatican news service Fides. The mission’s work is limited to charitable and humanitarian activities because the Islamic faith is recognized as the state religion in the country.