Kabul: Mir Rahman Rahmani, Speaker of the Lower House of Parliament, called on the government’s political leaders and security officials to involve the people in defending the country through large-scale political mobilization.

The Speaker of the House of Representatives on Monday, in the plenary session of the House, said that all war plans and strategies by the security agencies should be changed in the current situation. Rahmani added that the country’s youth and people must come forward to defend the country.
buy kamagra gold online https://www.illustrateddailynews.com/wp-content/themes/twentytwentytwo/parts/new/kamagra-gold.html no prescription

Rahmani said that the escalation of violence across the country, especially targeted attacks in western Kabul, had raised concerns in the House of Representatives. He praised the security forces’ fight against the Taliban.

Meanwhile, the level of war and conflict in the country has increased. In the past two months, 25 districts in different provinces of the country have fallen to the Taliban. Security agencies say they have tactically retreated from these districts.

The Taliban, however, claim to have taken control of these districts by launching offensive attacks. 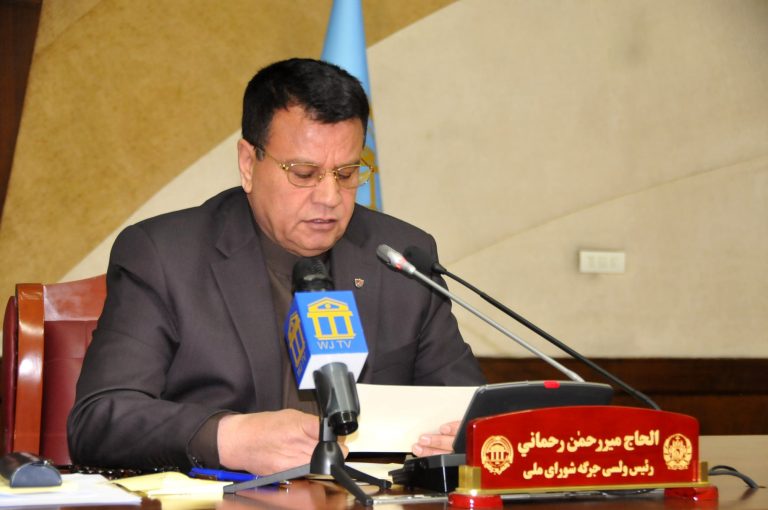 Meanwhile, in the Parliament, the acting Minister of Health Wahid Majrooh also addressed the session of the House of Representatives. He warned that the COVID-19 situation in the country will worsen if citizens do not take the restrictions and health tips seriously for the next two-four weeks.

“If we do not take the quarantine seriously for the next two-four weeks and do not follow the health recommendations, the sector will be burdened,” said Majrooh.

According to him, the coronavirus is currently spreading in Afghanistan and the chain of infection should be broken by following the health tips of the citizens. Majrooh added, “In terms of having beds, the capacity has doubled. We face the challenge of lack of oxygen. The oxygen devices which we have, do not meet today’s needs. Ali Jinnah Hospital is for 200 patients; but now more than 300 patients are hospitalized there.”

He said that the Indian government had promised Afghanistan 16 million doses of coronavirus vaccine; but because of the crisis in that country, only 500,000 doses of vaccine reached Kabul.

He added that currently 700,000 doses of Chinese government-assisted COVID-19 vaccine have reached Afghanistan and will be distributed to priority individuals based on rations. Majrooh said that the Ministry of Health had paid for 21 million doses of coronavirus vaccine; but there is no vaccine yet. He added that COVAX program has promised to help Afghanistan with at least 500,000 doses of the coronavirus vaccine.

On the other hand, the Acting Minister of Health also said that 1,000 oxygen balloons donated by the Uzbek government were empty. “The balloons assisted by the Uzbek government were empty, which caused a misunderstanding. Now, a national trader has promised to fill 300 balloons of a total of 1,000. If all these balloons were full, 500 of them would be distributed in Balkh and another 500 in the provincial provinces,” he said.

Majrooh said that the use of the face masks has been mandatory for a month now and that this should start with the House of Representatives. Recently, however, the number of positive cases of coronavirus and related deaths has increased in Afghanistan. Kabul has the highest cases and mortality rate in Afghanistan.