Kabul: President Recep Tayyip Erdogan on Sunday said that Turkey will be the “only reliable” country left to stabilize Afghanistan after the US pulls out its troops, indicating that Washington could rely on its NATO ally.
buy antabuse online https://meadowcrestdental.com/wp-content/themes/twentytwentyone/inc/new/antabuse.html no prescription

Erdogan also said that he would discuss the issue in his first face-to-face meeting with US President Joe Biden on the sidelines of a NATO summit in Brussels on Monday, after strained relations between their two countries. “America is preparing to leave Afghanistan soon and from the moment they leave, the only reliable country to maintain the process over there is obviously Turkey,” Erdogan told reporters at an Istanbul airport on Sunday before leaving for Brussels. Relations between the US and Turkey have been stressed in recent years, and Erdogan said he wanted to turn a new page with the Biden administration. “We expect to see an approach from the US without ifs and buts,” Erdogan said.

Turkey has reportedly said it is prepared to keep troops in Afghanistan to protect Kabul airport, the main exit route for western diplomats and humanitarian workers. Erdogan said on Sunday that Turkish officials had informed their American counterparts about Ankara’s plans in Afghanistan after the US troop pullout, without providing details. They are “pleased and happy. We will be able to discuss the Afghanistan process with them,” he said. 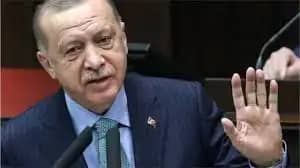 Turkey has made clear its intentions to stay in the war-torn country, but the details remain unclear. A Turkish official said Turkish troops could remain “as long as certain conditions including legal and financial are met.”

However, on Saturday, the Taliban had warned that foreign forces should hold “no hope” of keeping a military presence in Afghanistan after the US and NATO withdraw troops, warning the security of embassies and airports would be the responsibility of Afghans.

Meanwhile, US President Joe Biden is in Brussels for the NATO summit on June 14 as he continues a European tour dedicated to repairing relations and reassuring Washington’s transatlantic partners after four tumultuous years of his predecessor, Donald Trump.

Biden will join the summit with the leaders of all 30 members of the alliance, and hold a private meeting with Turkish President Recep Tayyip Erdogan. After not meeting face to face since 2018 because of the coronavirus pandemic, alliance members have plenty of hot topics to deal with, including an ongoing pullout of troops from Afghanistan, relations with Russia and China, and defense spending. US National Security Advisor Jake Sullivan said, “US President will cover a range of issues during the session with the leaders, including, of course, the immediate issue of the drawdown in Afghanistan, where we’re proceeding on an in-together, out-together basis, and coordinating very closely with our Allies as we draw down our remaining forces. He will also consult on ensuring security for an embassy presence that can continue to provide support to the Afghan National Security Forces and to the Afghan government, as well as humanitarian and civilian assistance to the Afghan people, especially to its women and girls.”

Ahead of the summit, NATO chief Jens Stoltenberg said the meeting comes “at a pivotal moment for our Alliance, and for our collective security” and presents a “unique opportunity” to renew ties.