Kabul: Following the escalation of Taliban attacks and the fall of districts, a meeting was held for the third day in a row, chaired by President Mohammad Ashraf Ghani on Tuesday.

According to the Presidential Palace, President Ghani stressed on the need for greater coordination between the country’s security and defense agencies.

The meeting was held at the Presidential Palace before noon on Tuesday.

Ghani has instructed the security services to speed up their efforts and take urgent action in order to thwart the plots and plans of the “evil enemy” and ensure the security of the people. According to the ARG, he discussed the latest developments of the general security situation in the country at the meeting.

During the meeting, security and defense officials reported on the security situation in the country, the Taliban’s movements, and plans to repel the attacks. The meeting was also held on Sunday and Monday. In the past two months, about 20 districts have fallen to the Taliban.

Meanwhile, Sarwar Danesh, the second vice-president, said that recent incidents in Afghanistan, especially the killing of civilians and children in schools, are a clear example of war crimes, crimes against humanity and in some cases genocide. 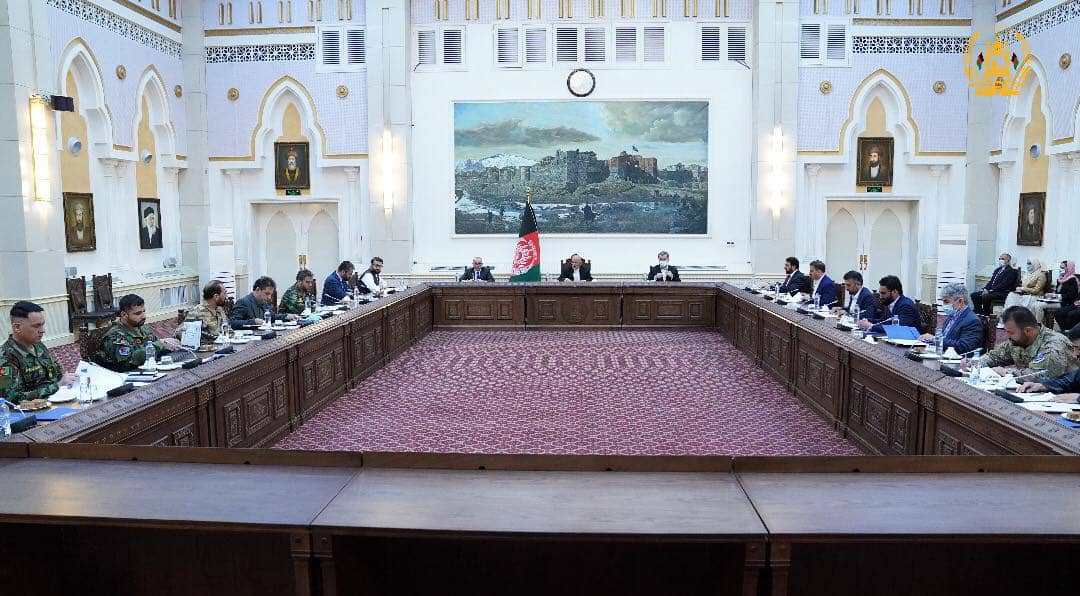 Danesh said that international and human rights bodies should document these crimes by international fact-finding commissions in accordance with international standards. According to him, the mere provision of international rules and regulations is not enough to prevent civilian casualties, and more practical mechanisms and requirements must be put in place to stop the humanitarian catastrophe in Afghanistan.

Recently, however, targeted attacks have been launched against Hazara and Shiite citizens of Afghanistan. The victims of these attacks are civilians. So far, Hazara political leaders, the Afghan Independent Human Rights Commission, the European Union and a number of political figures have called it a genocide.

Government of Afghanistan, however, so far, has not responded to the demands of citizens, especially residents of western Kabul, to call these attacks a genocide and to address them. However, Danesh says that the Afghan government and security agencies are committed to complying with all international conventions and humanitarian law; But the other side (the Taliban) has so far paid no attention to respecting the rights of civilians.