Kabul: US Republican Senator James Inhofe proposed on Monday that the Biden administration leave at least 1,000 soldiers in Afghanistan, to avoid a security vacuum after the planned withdrawal in September.

“Maintaining a small troop presence for an additional six months would achieve important goals,” Inhofe wrote in an article on The Wall Street Journal’s website, referring to Biden’s September 11 deadline for a full withdrawal from Afghanistan. The lawmaker added that the extended timeline would help Washington “maintain a rapid counterterrorism force as the political and security environment evolves; enable more effective intelligence, surveillance and reconnaissance”.

It would also facilitate protection of the US embassy during what the intelligence community predicts will be a chaotic transition; and allow more time to process visas for Afghans who helped US troops and now fear for their lives. 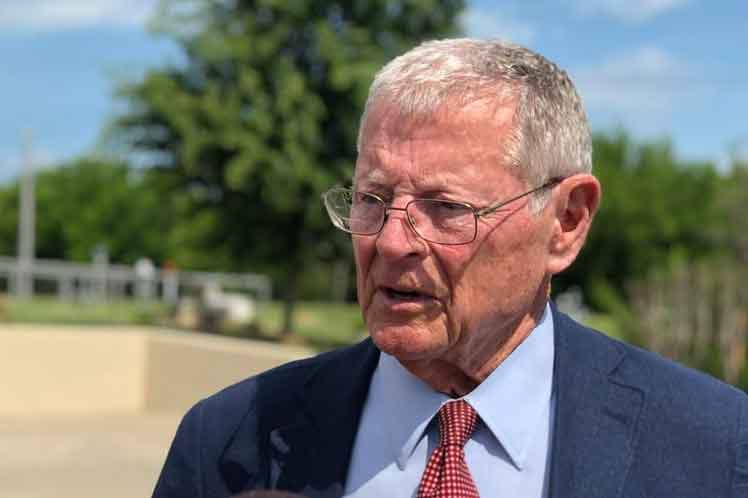 In fact, Norway announced that it would run the field hospital in Kabul for the rest of the year – that is, even after NATO has withdrawn its forces. The information was announced by Prime Minister Erna Solberg (H) at the NATO summit in Brussels on Monday. “We believe that we will continue to provide assistance to our Afghan partners in various ways, even though NATO’s military involvement is coming to an end. We have first and foremost said that we want to contribute with help and support on the humanitarian and development side. But we have also agreed – after we were asked about it – to extend the sanitary contribution for a transitional period,” Solberg said. An invite from Afghanistan would also have to be made to put in place the legal basis for Norwegian presence. Norway has signaled that operations can be maintained throughout the year but not beyond the first quarter of 2022.

She noted that safety must be ensured for those who work at the hospital. Solberg described the current security situation as confusing and fragile, adding that it could worsen when NATO withdraws its military forces from the country.

This comes amid rising violence in Afghanistan. In fact, the Afghan government forces have been pushed out of six district centers across the country in the past 24 hours, as Taliban insurgents gain more ground, local officials confirmed to Deutsche Presse-Agentur on Monday. The fallen districts are Obe in Herat, Saghar in Ghor, Sayad in Sar-e Pul, Arghandab in Zabul, and the Lash-e Juwayn and Pusht-e Road districts in Farah provinces.