Kabul: According to the Ministry of Agriculture, Irrigation and Livestock, 174 hectares of forest have been gutted so far following a fire in the forests of Nuristan in Nurgaram district. The fire, which is spreading, is the result of an armed conflict between two ethnic groups in Nurgaram district and has been going on for four days. 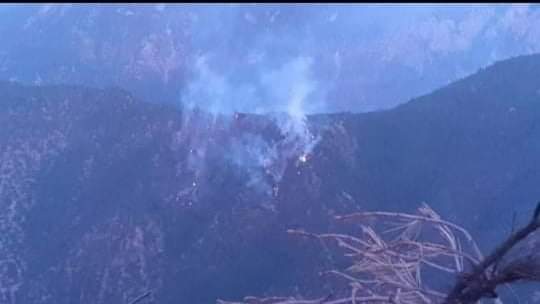 Abdul Wahab Nasimi, director of Nuristan Agriculture, said that as a result of an armed conflict between two tribes in Nurgaram district, the forests of Dara-e-Sham district caught fire. Nasimi added that the fire was spreading to the forests of the Korgel Valley.

The Director of Agriculture of Nuristan said that according to the order of the Minister of Agriculture, equipment and technical facilities have been sent to the area by the General Directorate of Natural Resources of the Ministry to control the fire and efforts are underway to control it. He reported that the intensity of the fire was high in some areas and lower in others.
buy prelone online http://bodypointforme.com/wp-content/themes/twentysixteen/inc/new/prelone.html no prescription