Kabul: Peace negotiations between the Taliban and the Afghan government resumed in Qatar on Tuesday, their first meeting since talks stalled in April. It followed a flurry of diplomacy that saw the UN’s Special Representative Deborah Lyons and US Special Envoy on Afghanistan Zalmay Khalilzad in Doha to jumpstart the process this month.
buy lasix online www.mobleymd.com/wp-content/languages/new/lasix.html no prescription

“A meeting was held between the contact groups of the two negotiating teams and a comprehensive discussion was held on the organization and arrangement of the talks,” the Afghan government Peace Negotiation Team tweeted on Tuesday.

Taliban spokesperson Muhamad Naeem tweeted a similar statement. The Taliban have made huge gains across Afghanistan as the foreign troops prepare to withdraw. Peace talks between the government and the group have been stalled since April when the Taliban refused to participate in a summit in Turkey on Afghanistan’s future.

Meanwhile, the ambassador of the Islamic Republic of Iran to Pakistan met with the European Union Special Envoy on Afghanistan to discuss latest developments in the Afghan peace process.

Seyed Mohammad Ali Hosseini on Tuesday hosted Tomas Niklasson and Androulla Kaminara Ambassador of the European Union to Pakistan in Islamabad. The Iranian ambassador through a tweet expressed his satisfaction with the meeting and said constructive consultations on Afghan peace process were discussed. 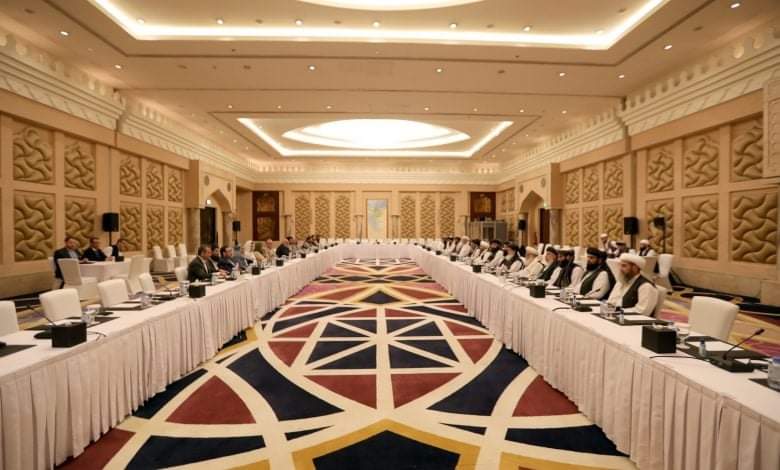 In other news, the Saudi Cabinet thanked senior scholars from Pakistan and Afghanistan for signing the “Declaration of Peace in Afghanistan” during a summit held recently in Mecca with Saudi Arabia’s support. The declaration seeks to pave the way to resolve the long-standing Afghan crisis through negotiations among warring parties, and rejection of all acts of violence and extremism in all forms and manifestations.

Meanwhile, Pakistani Foreign Minister Shah Mahmood Qureshi has urged the Afghan leadership to sit together to resolve their problems. In a statement, he noted that the Afghan peace process has reached a critical phase. He said the parties will not gain anything from allegations. The Foreign Minister reaffirmed Pakistan’s commitment for peace and stability in the region. He said Pakistan will not allow its land to be used against any other country.
In a statement on Wednesday, Qureshi said leaders of Pakistan and Afghanistan have reached an understanding to not let their soil be used against any country. He added that Pakistan has been pursuing a clear policy that it will not allow anyone to use its land against Afghanistan or any other country and will play its role to secure peace in the region.

The foreign minister highlighted that 50 percent of allied forces have been withdrawn from Afghanistan and the process is continuing. Earlier, addressing the inaugural session of the Pak-Afghan Bilateral Dialogue, Shah Mahmood Qureshi said that Pakistan cannot be held responsible for the crisis in Afghanistan.