Kabul: Taliban insurgents launched their offensive at security checkpoints in Eshpashta area of Kahmard district of the Bamyan province at 2am on Wednesday, said Bamyan Governor Sayyed Anwar Rahmati.

Rahmati added that clashes were currently ongoing in the area and that five security personnel had been killed and many others had been wounded.

The Bamyan governor added that although no details were available on the number of Taliban fighters killed; but according to preliminary information, one of the commanders of this group was wounded.

Earlier, Taliban spokesman Zabihullah Mujahid claimed on Twitter that nine soldiers had been killed in Kahmard district and that two security checkpoints had been captured by the Taliban.

However, Bamyan Governor Rahmati said that the Taliban had not been able to seize any government facilities and that the group’s claim was false.

Meanwhile, Khanabad in Kunduz province was recaptured by security forces on Wednesday morning.

Security sources told Hashte Subhe that Qari Hashem, known as Mawlavi Fayyaz, a well-known Taliban commander, was killed along with 20 others in the bombing. Sources added that Hashem was one of the most prominent Taliban commanders in the guerrilla warfare, and that his death was a heavy blow to the Taliban. 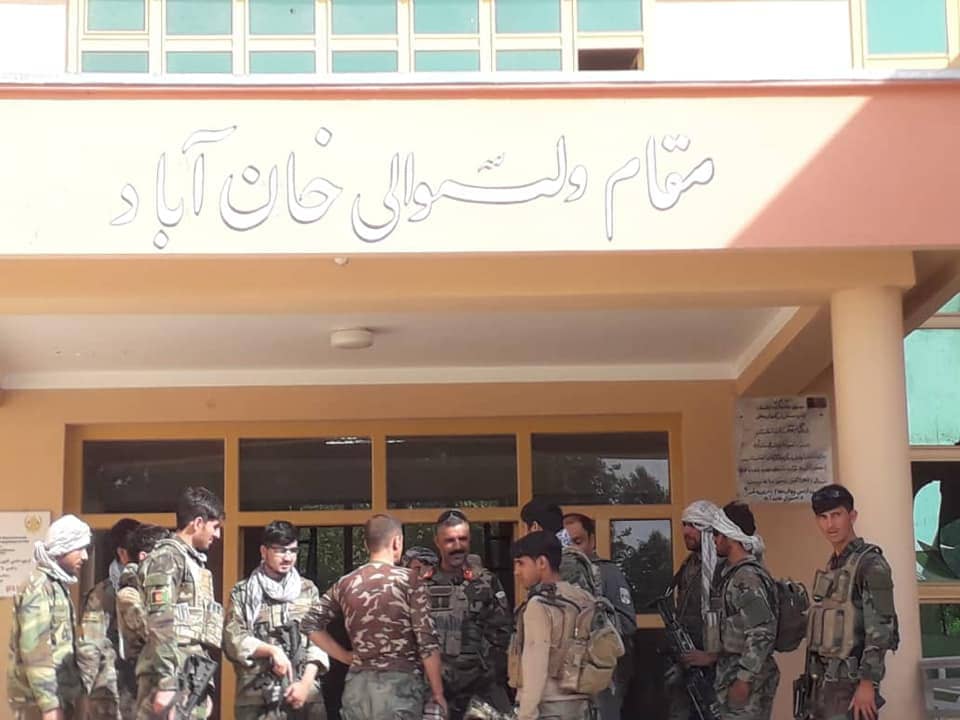 Another Taliban commander, Qari Halim, and three others were wounded in the operation. Local sources also added that five civilians were killed in the airstrikes in the village of Sayedabad in the district. The Taliban have confirmed the killing of Qari Hashem.

In other news, Fawzia Yaftali, a member of the Kunduz Provincial Council, has claimed that five civilians were killed and 18 others were injured in an airstrike in the Khanabad district of the province.

According to her, women and children were among those killed and injured in the incident.

Meanwhile, Sayed Mohammad, a relative of the victims, said that the attack took place at around 5:00pm on Tuesday.

Mohammad also said that six civilians, including two children were killed and 18 others, including women and children, were injured in the attack.

Meanwhile, local sources in Ghazni province said that on Wednesday, a chopper was hit by a rocket near the army brigade headquarters in Ghazni while it was landing.

Amanullah Kamrani, deputy head of the Ghazni provincial council, told Hashte Subh that a number of security officials had traveled from Kabul to Ghazni and that the plane carrying them landed at the army brigade headquarters in Ghazni, where the Taliban fired rockets at the chopper.

According to him, no one was injured in the incident.

Meanwhile, Aref Rahmani, a Ghazni MP, quoted sources in the army as saying that the chopper was targeted by a guided missile from a distance of several kilometers on Wednesday.

The Taliban, however, claimed to have shot down the chopper in the Yunt area of ​​Ghazni’s Deh-e Yak district.

The Ministry of Defense has not yet commented on the matter.

The deputy head of the Ghazni provincial council said that the army brigade is located near Arezoo area and Deh-e Yak district and is under the control of the Taliban.