Kabul: The Technical Committee for Fire Prevention has given commercial centers and fuel stations 20 days to implement safety measures to prevent fires. The committee has warned them that those who do not take these measures seriously will be shut down after the deadline gets over.
buy antabuse online www.mobleymd.com/wp-content/languages/new/antabuse.html no prescription

Syed Nizam Pachai, director general of the Interior Ministry’s General Directorate of Natural Disasters and Firefighting, told a news conference in Kabul on Wednesday that the recent fires had raised concerns. According to him, the president has instructed that all guilds across the country should strictly follow the recommended measures of the fire safety compliance and the insurance company in order to preserve their assets and prevent damage to the country’s economy. 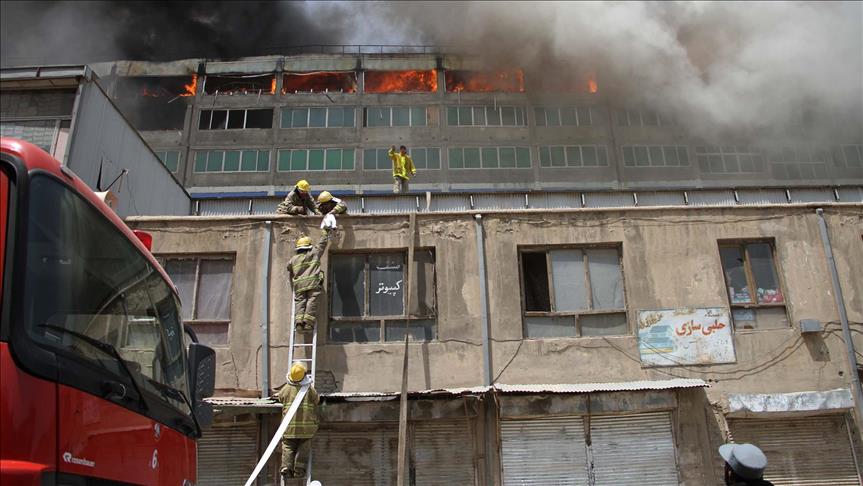 Mohammad Qaseem Haidari, Deputy Minister of Policy and Cohesion at the National Disaster Management Authority, also said at the meeting that in the past three years, the technical committee had monitored and submitted fire prevention plans for 3,998 commercial centers and 248 fuel stations. He added that most of these centers did not have minimal fire prevention measures.

He noted that most of the fuel stations in Kabul are of substandard quality and with a little negligence there is a possibility of fire. He added that a monitoring team has been formed by the committee, which, while reviewing the situation in the city, will objectively communicate the necessary recommendations to the owners of commercial centers and oil stations through a checklist.

Haidari said that the team received a written commitment from the owners of the guilds to take precautionary measures. He added that if the measures are not followed, the committee will impose more fines on violators based on legal documents, and these business centers and fuel stations will be closed under the direction of the president.