Kabul: In a meeting with his Tajik counterpart, Sirajuddin Mehruddin, Afghan Foreign Minister Hanif Atmar stressed on the importance of joint operations against terrorism and drug trafficking

The meeting took place on the sidelines of the Antalya Diplomacy Summit in Turkey. At the meeting, Atmar called the launch of joint operations against these three phenomena important to strengthen bilateral relations. 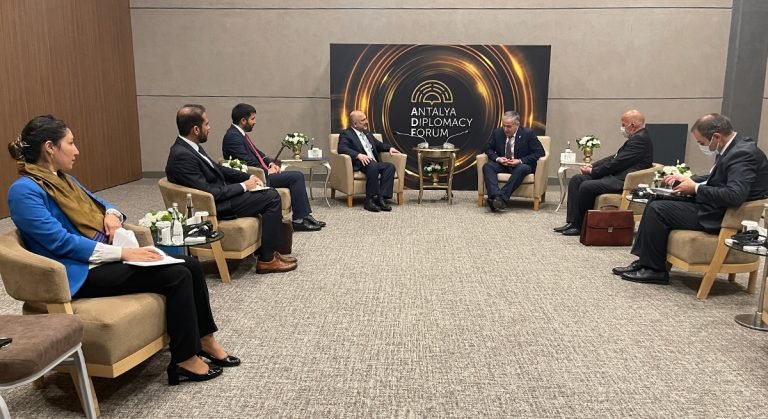 During the meeting, the ninth meeting of the Foreign Ministers of the Heart of Asia – the Istanbul Process, as well as the launch of joint operations against terrorism, drug trafficking and criminal groups were mentioned as indicators of strengthening relations between Afghanistan and Tajikistan.

According to the Ministry of Foreign Affairs, the two sides also discussed increasing exports and imports between the two countries, establishing “joint border markets” and launching joint economic projects, including the Dasht-e Jam project to generate electricity. During the meeting, Sirajuddin reiterated Tajikistan’s support for the Afghan peace process.