Kabul: The Taliban said on Friday that its leaders had already conveyed to Turkey their opposition to any foreign troops remaining in Afghanistan after the US and NATO forces leave the war-torn country by a September 11 deadline.

Sullivan said that the two leaders discussed the situation in Afghanistan during their meeting on the sidelines of the NATO summit on Monday. According to Sullivan, Erdogan sought certain unspecified US assistance for Turkey in return for the deployment of Turkish troops at the airport following the withdrawal of US and NATO forces from the country. Biden apparently accepted this.

“The clear commitment from the leaders was established that Turkey would play a lead role in securing Hamid Karzai International Airport,” explained Sullivan. “And we are now working through how to execute to get to that.” The security of the airport in Kabul is seen as vital for the operation and continuation of diplomatic missions to Afghanistan. It would serve as the safest exit point for diplomats in the event of a potential security breakdown in the country, such as the Taliban’s defeat of Afghan government forces. Even Pakistan foreign minister said that they prefer Turkey’s offer. “Whether it’s Turkish forces, Turkish Foreign Ministry, Turkish leadership. We have a very, very comfortable relationship,” he noted.

However, Taliban spokesperson Zabihullah Mujahid, when asked for a response to Sullivan’s comments, told VOA that guarding the airports and other locations in the country is the responsibly of Afghans.

“If foreign forces want to retain a military presence here in the name of airport security, Afghans will not allow it and will view them as invaders, be it Turkey or any other country,” Mujahid told VOA. He insisted the Taliban maintain “diplomatic ties” with Turkey and seek “brotherly” relations with the Islamic country. “In recent meetings and discussions with Turkish diplomats they had shared with us [Turkey’s] proposed continued military presence here, but we told them it was unacceptable for us. And they assured us that our stance will be conveyed to their leadership,” Mujahid said. 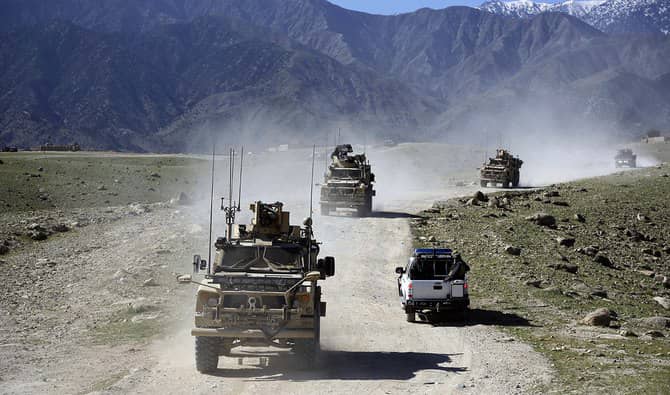 He added that Turkey and America can discuss their bilateral issues, but it is for Afghans alone to decide on how to conduct their “internal affairs and expect others to respect it.” Turkey has about 500 troops stationed in Afghanistan as part of a NATO-led non-combatant military mission in the country and has long provided security for the airport.

Meanwhile, even Russia’s special presidential representative for Afghanistan, Zamir Kabulov, said that Turkey’s plans to guard the Kabul airport after the US troops withdrawal from Afghanistan run counter to agreements with the Taliban movement. “Of course, this is a violation,” Kabulov said. The diplomat expressed doubt that this will have any influence on the security situation in Afghanistan in general.

However, Turkey has assured Afghanistan that it would take steps to secure peace in the war-torn country, including by ensuring support from Pakistan for the reconciliation process, Afghan authorities have said. Turkey’s Ambassador to Kabul Cihad Erginay called on Afghanistan’s Foreign Minister Mohammad Haneef Atmar, according to a statement issued by the Foreign Ministry.

According to the statement, Erginay assured Ankara’s continued support and clarified that Turkey’s armed forces would withdraw from Afghanistan to achieve lasting peace and stability. In fact, on Sunday the foreign ministers of Turkey, Afghanistan, and Iran will meet for trilateral talks as part of the Antalya Diplomacy Forum, the Turkish Foreign Ministry said on Friday.

“Along with recent developments regarding the Afghan Peace Process, cooperation in the fields of security, energy, connectivity and irregular migration will be discussed during the Trilateral Meeting,” said a ministry statement. Turkish Foreign Minister Mevlut Cavusoglu will also hold bilateral meetings with his Iranian and Afghan counterparts on the sidelines of the Antalya Diplomacy Forum, which is taking place in Turkey’s famed Riviera resort.

Meanwhile, on Friday, the High Representative for Foreign Affairs and Security Policy/Vice-President of the European Commission, Josep Borrell, met with the Minister of Foreign Affairs of Afghanistan, Mohammad Haneef Atmar. The meeting provided the opportunity to discuss the Afghanistan peace process, as well as the security and humanitarian situation in Afghanistan.

They agreed on the need for increased regional and international cooperation in support of Afghanistan. High Representative/Vice-President Borrell reiterated the EU’s strong support to the people of Afghanistan, and the need to preserve the achievements made in the sphere of democracy and human rights, especially regarding women’s rights.

Borrell also spoke with Pakistani Foreign Minister Qureshi and Iranian Foreign Minister Zarif about the situation in Afghanistan and the necessity of continued engagement by the international community to ensure stability in the region.