Kabul: The Ministry of Refugees and Repatriations said on Saturday that more than 128,000 families have been displaced by Taliban attacks since the beginning of this solar year.

Islamuddin Jorat, a spokesperson for the Ministry of Refugees and Repatriations, told a news conference in Kabul that the ministry is working with international organizations to help the displaced families.

However, since the beginning of this year, especially after the first of May, when the withdrawal of foreign troops from Afghanistan began, the war has intensified throughout the country. The Taliban have taken control of about 30 districts in the past two months. As a result of the fall of these districts, thousands of families have been displaced from their original areas.

On the other hand, the spokesman for the Ministry of Refugees said that the Afghan government, in cooperation with the UN High Commissioner for Refugees, has assisted 75,000 Afghan refugee families in refugee camps in Pakistan who were facing economic hardship due to coronavirus restrictions.

According to Jorat, the UN High Commissioner for Refugees has distributed 12,000 Pakistani rupees to each migrant family. He also said that food aid had been distributed to 3,840 Afghan refugee families in Pakistan by Turkey and China. According to the Ministry of Refugees and Repatriations, there are currently more than 2.5 million Afghan citizens in Pakistan. Most of these people are families living in low-income refugee camps. 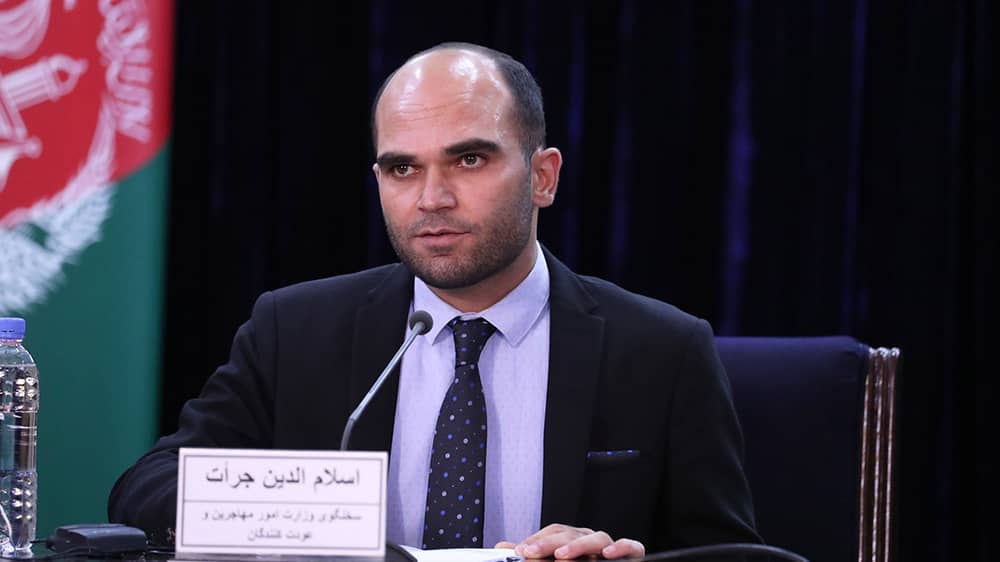 Meanwhile, Country Representative of the UN High Commissioner for Refugees in Azerbaijan (UNHCR) Guido Ambroso is pleased that approximately 2,000 refugees and asylum seekers from other countries, mainly from Afghanistan and the regional countries, have access to the educational system of Azerbaijan, Trend reported referring to Ambroso’s appeal.

“The law on compulsory health insurance has been applied to these people since last year, they have been included in the country’s general health system for treatment and vaccination against COVID-19,” the appeal said.

“The most important thing is that last year the government gave permission for refugees and asylum seekers to participate in the employment market, which created conditions for eliminating the dependence syndrome, allowing them to contribute to the development of the Azerbaijani economy, to provide themselves with money,” the appeal said.