Kabul: To discuss the latest developments in the political and security affairs in Afghanistan and the peace process, the Deputy Foreign Minister for Political Affairs Mirwais Nab; EU Political and Security Committee Head Sofia Emmesberger, and Ambassadors of the European Union member states in Belgium, met during a virtual meeting.

The dynamics of the cooperation between Afghanistan and the EU were also discussed and expressing gratitude to the EU for its cooperation with Afghanistan during the last two decades and the sacrifices made by the EU member states to ensure peace and stability in Afghanistan, Nab called the EU pledges in the 2020 Afghanistan Conference-Geneva, and the financial assistant of the EU to fight COVID-19 as a symbol of sincere friendship and cooperation.

Underscoring the recent development in the Afghan Peace Process, political and economic affairs, regional and international consensus against the return of Taliban, Nab called the EU an important and trustworthy partner of Afghanistan.
buy female viagra online www.mydentalplace.com/wp-content/themes/twentytwelve/inc/en/female-viagra.html no prescription

Appreciating the statement by the EEAS, EU Council, and the European Parliament supporting the Afghan Peace Process preserving gains of the last two decades, Nab stressed on the importance of continuation of the EU financial and technical support to the ANDSF to fight against terrorism. 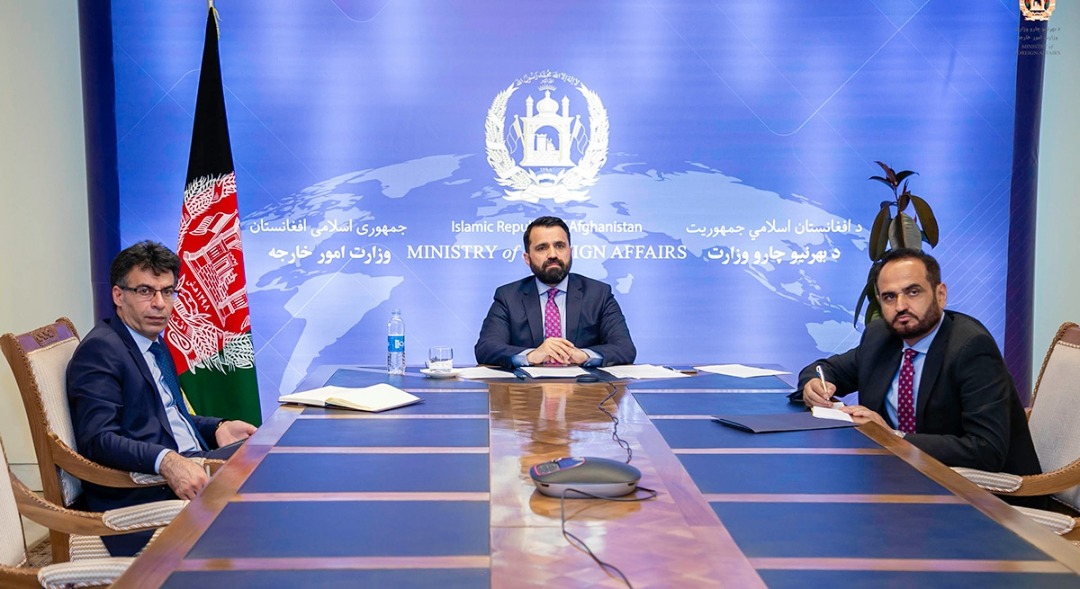 Referring to the recent terrorist attack on Sayed al-Shuhada High School in Kabul, EU Political and Security Committee Head Emmesberger and Deputy Executive Asia and the Pacific, EEAS Paola Pampaloni condemned the killing of students, journalists, civil society activists and civilians, and called for continued talks to achieve a peace that preserves the common gains of the Afghan people and the international community over the past two decades.

Deputy Foreign Minister responded to questions raised by the EU member states’ ambassadors in Belgium, including Estonia, Belgium, Italy, Romania, France, Spain, Germany, Sweden, Latvia, Portugal and Greece, on the latest security and political developments in Afghanistan; regional cooperation; the Afghan security forces’ capability to defend the country; and bilateral and multilateral cooperation between Afghanistan and other countries and regional and international organizations.

Emphasizing the continuation of financial-development cooperation and diplomatic presence of their respective countries in Afghanistan following the withdrawal of Resolute Support forces from Afghanistan, the participants supported the Afghan Peace Process while preserving the gains of the last two decades.