Prevention Of Genocide Of Hazara People Must: Lower House

Kabul: Various members of the Lower House of Parliament have said that the government should prevent the genocide of Hazara people and not allow the catastrophe that occurred in Iraq to be repeated in Afghanistan.

Mohammad Arif Rahmani, Ghazni’s representative in the House of Representatives, at a meeting on Wednesday criticized the silence of the representatives and said, “The Afghan parliament should not witness these genocides and massacres, it is morally bad. You and I, whoever we are. Hazara, Turks, Pashtuns, Tajiks, Uzbeks, we are from Afghanistan. Today, if the people’s representatives are silent about the genocide series of the Hazara people, I think they do not fulfill their patriotism right. Parliament has not issued a single statement even after 40 to 41 attacks.”

According to him, when the security agencies are asked about the perpetrators of such incidents, their address is clear that the Taliban, IS-K and the Haqqani network are involved in such terrorist attacks. “The Hazara people defended the same republican system, and the day the Americans came, the Hazara people surrendered their weapons to the government. Do these people deserve to be slaughtered? he asked. He emphasized that if the genocide of the Hazara people is not stopped, the tragedy that happened in Iraq will be repeated in Afghanistan. 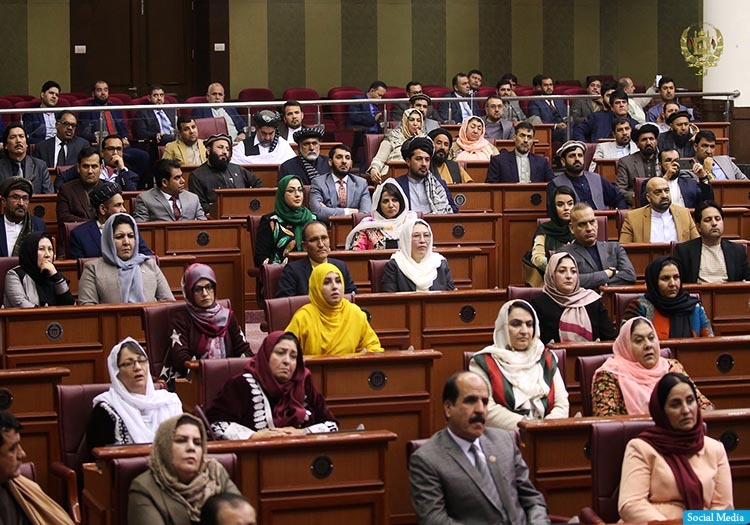 Ali Akbar Ghasemi, Ghazni’s representative in the House of Representatives, said that people in western Kabul had been repeatedly targeted by terrorists; but every time, it is forgotten and the government does nothing to ensure the security of the people. Ghasemi suggested that if the government could not provide security to the people, it should allow residents of western Kabul to defend their territory.

Similarly, Mahdi Rasekh, a representative of Maidan Wardak, called Tuesday night’s bombings in PD3 security zone targeted and said that the government had made no effort to prevent such a case.

He stressed that the people of western Kabul have been targeted more than 35 times by targeted terrorist attacks, but western Kabul does not have even 400 security police personnel. However, Ahmad Javid Jayhun, who chaired the parliament, called on the government to take the security plan west of Kabul seriously and to share its actions and results with the people and the House of Representatives.