Bismillah Mohammadi replaced Assadullah Khalid while Abdul Sattar Mirzakwal has been appointed instead of Hayatullah Hayat. These changes had been unveiled at the leadership level of security agencies as Taliban attacks in the provinces have escalated. On the other hand, Vali Mohammad Ahmadzai has been appointed as the Chief of Staff of the Army. He will replace Mohammad Yasin Zia in this position.

President Mohammad Ashraf Ghani, in introducing the new officials of the security agencies, expressed hope that by introducing them, positive changes in the field of security in the country will be unveiled. Ghani said he hopes serious changes will be made on the battlefield with the introduction of Bismillah Mohammadi, who is credible among the security forces.

Ghani added that as the head of the legitimate government, they are committed to all human rights in the war, but that the Taliban are violating all these laws and destroying Afghanistan.
buy furosemide online https://clinicaorthodontics.com/wp-content/themes/twentynineteen/inc/new/furosemide.html no prescription

According to him, the war was started by the Taliban and the group is responsible for it. “We have shared a regular peace plan with the world and the Afghans, but where is the Taliban plan?” Ghani was quoted as saying in the ARG statement.

Ghani also said that the Taliban must choose between peace and enmity with the Afghan people. He stressed that if the Taliban chose an enemy, “the people will respond decisively”. Referring to the increase in civilian casualties, President Ghani called on the international community not to remain neutral on the Taliban and to “accept that our human rights are being deliberately violated by the Taliban in the war.”

The Taliban have seized more than 30 districts in the past two months and destroyed public facilities in those districts. 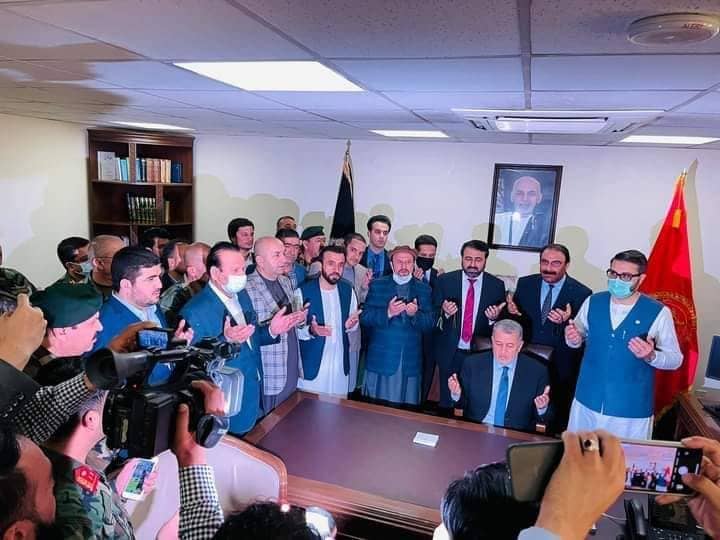 Meanwhile, Interior Ministry spokesperson Tariq Arian said that in the middle of war, progress and retreat should not be counted as collapse, and that the Taliban do not have a two-day presence in any area. Arian reacted to the Taliban’s claim that a number of districts had fallen, saying that the Taliban did not see any use of resources or services in any place, and that the group’s presence in non-strategic areas “definitely does not mean victory”.

Arian stressed that the Taliban group is incapable of maintaining any part of the country’s geography and that “progress in the surrounding areas is not considered in the sense of the legitimacy of the victory”.

He added, “The Taliban, with all their strength and external support in the last 15 years, have not been able to maintain even one district and at least understand what it has to offer to the people of that district, other than blowing up and destroying public facilities.”

According to the spokesman of the Ministry of Interior, in some parts of the country, saving the lives of soldiers is a priority. He also stressed that the Taliban had failed to inflict heavy casualties in the past six months, especially in Helmand, Kandahar and Baghlan provinces.

Arian has stated that the security and defense forces have entered a new state of war and are carrying out the defense of the country independently without the presence of foreign forces. “Until today, 2021, the same heroic Afghan forces are bravely and courageously defending their land and people on the battlefield.”

Arian added that there are progresses, retreats and casualties in the war, but the Taliban’s casualties are at least three times those of the security and defense forces. According to him, the Taliban’s “horrific crimes” have killed thousands of civilians through landmines and suicide bombings.

The spokesman for the Ministry of Interior further said that the security and defense forces are actively present in the trenches and will never allow even a part of the country’s geography to fall permanently. He noted that a plan to retake and suppress the Taliban is under way in a number of districts where the Taliban claimed to be present.
In fact, following the increase in Taliban activity in the Ghorband Valley of Parwan province, local officials say that 500 residents of the province have mobilized against the Taliban. Parwan police chief Abdul Rauf Uruzgani said that about 40 people belonging to Abdul Zahir Salangi, a Parwan MP, arrived in Shinwari district of the province on Saturday night with the support of the country’s military.

Meanwhile, the Afghanistan Center for Journalists is criticizing the government and security officials for what they call a systemic attempt to withhold information surrounding the ongoing war in the country. The watchdog called on the Interior Ministry officials to refrain from restricting access to information and to respect the law.

In a statement released on Sunday, it said that the Ministry of Interior has unilaterally created a WhatsApp information portal, which has been set up to provide information and respond to journalists in emergencies, but reporters cannot leave a message or ask questions. “While the war is intensifying across the country, security officials are simply not willing to be interviewed and provide information,” said the statement, criticizing this action as a step towards restricting freedom of expression and access to information.

The Afghan Journalists’ Center condemned the Interior Ministry’s move as an attempt to tighten restrictions on freedom of expression and create more restrictions on access to information.