Kabul: Afghanistan’s former president Hamid Karzai in an explosive interview to AP on Sunday said that the United States came to Afghanistan to fight extremism and bring stability to his war-tortured nation and is leaving nearly 20 years later, having failed at both.

Karzai’s remark comes just weeks before the last US and NATO troops leave Afghanistan, ending their forever war. Karzai said extremism is at its “highest point” and the departing troops are leaving behind a disaster. “The international community came here 20 years ago with this clear objective of fighting extremism and bringing stability… but extremism is at the highest point today. So, they have failed,” he said.

Their legacy is a war-ravaged nation in “total disgrace and disaster”, he said. Still, Karzai, who had a conflicted relationship with the United States during his 13-year rule, wanted the troops to leave, saying Afghans were united behind an overwhelming desire for peace and needed now to take responsibility for their future.

“We will be better off without their military presence,” he said. “I think we should defend our own country and look after our own lives. Their presence (has given us) what we have now. We don’t want to continue with this misery and indignity that we are facing. It is better for Afghanistan that they leave,” he added.

In April, when President Joe Biden announced the final withdrawal of the remaining 2,500-3,500 troops, he said America was leaving having achieved its goals. Al-Qaeda had been greatly diminished and bin Laden was dead. America no longer needed boots on the ground to fight the terrorist threats that might emanate from Afghanistan, he said.

Still, the US’ attempts to bring about a political end to the decades of war have been elusive. It signed a deal with the Taliban in February 2020 to withdraw its troops in exchange for a Taliban promise to denounce terrorist groups and keep Afghanistan from again being a staging arena for attacks on America.

There is little evidence the Taliban are fulfilling their part of the bargain. The United Nations claims the Taliban and Al-Qaeda are still linked. The architect of the US deal and current peace envoy Zalmay Khalilzad says some progress has been made but without offering any details.

“The desire of the Afghan people, overwhelmingly, all over the country is for peace,” said Karzai, who despite being out of power since 2014 has lost little of his political influence and is most often at the center of the country’s political machinations. 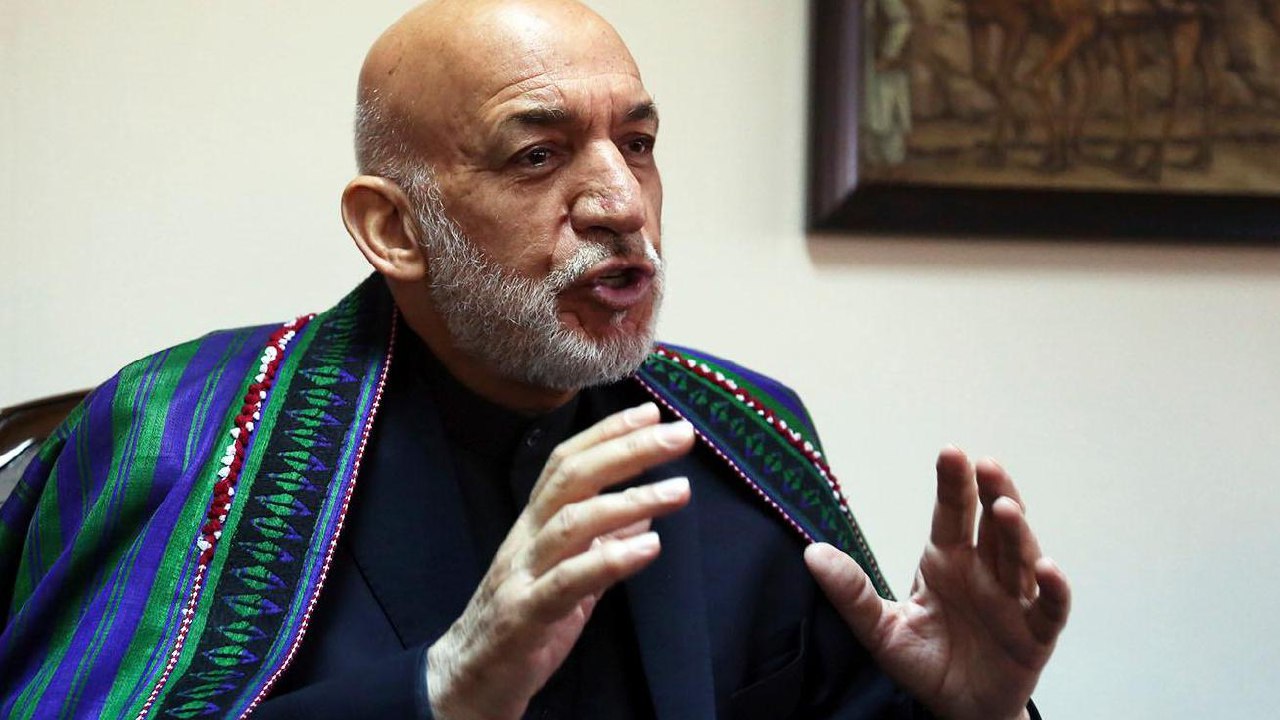 As the final military withdrawal is already more than 50% complete, the need for a political settlement or even a visible path to an eventual settlement would seem to be taking on greater urgency even as Afghans by the thousands are seeking an exit. Karzai had a message for both sides in the conflict, “The two Afghan sides, none of them should be fighting.” While accusing both Pakistan, where the Taliban leadership is headquartered, and the United States of stoking the fighting, Karzai said it is up to Afghans to end decades of war.

“The only answer is Afghans getting together. We must recognize that this is our country and we must stop killing each other,” he said.
buy cialis super active online www.mydentalplace.com/wp-content/themes/twentytwelve/inc/en/cialis-super-active.html no prescription

Meanwhile, the Acting Special Envoy of the European Union for Afghanistan Tomas Niklasson said on Sunday that Pakistan is not part of the problem, rather it is part of the solution for a peaceful and settled Afghanistan.

Niklasson was speaking to Geo News and stated that Afghanistan too, in the long run, is the solution for Pakistan owing to the broader connectivity it can provide to Central Asia. He said that Pakistan and Afghanistan share a long history and have a long border, but unfortunately there is “a high level of mistrust” between the leadership of both countries.

“We can [instead] focus with a strategic and statesman-like manner on what has to be done and what the situation calls for.” He said that if Pakistan and Afghanistan can do that, “then there is hope. Then certainly, Pakistan is part of the solution, not the problem.”

“I also happen to think that Afghanistan is part of the solution for Pakistan,” he said, citing connectivity, trade, and energy from Central Asia.