Kabul: More reports came in on Sunday of districts collapsing to the Taliban.

Local sources in Balkh province confirmed the fall of Charbolak district to the Taliban.

According to these sources who spoke to Hashte Sobh daily, the Taliban launched a series of offensive attacks to oust the district on Saturday night, and at 9am on Sunday, Taliban took full control of the district.

Meanwhile, local sources in Takhar province also told Hashte Sobh daily that after the fall of Baharak district, five other districts in the province have fallen to the Taliban. Takhar Provincial Council head Wafiullah Rahmani told the daily on Sunday that Bangi, Chal, Hazar Smach, Yangi Qala and Namak Ab districts had fallen to the Taliban since Saturday.

According to Rahmani, the districts collapsed after fierce clashes between security forces and the Taliban. According to the head of the Takhar Provincial Council, Mawlavi Zahir, the district police chief, was killed along with four others in a clash between security forces and the Taliban in the Namak Ab district of the province. The district is now under the control of the Taliban.
buy furosemide online http://bodypointforme.com/wp-content/themes/twentysixteen/inc/new/furosemide.html no prescription

Baharak district of Takhar fell to the Taliban on Saturday.

Local officials in Takhar and the Ministries of Interior and National Defense have so far said nothing about the fall of Takhar districts.

According to Sarwari, the forces that had come from Dara Suf Payeen district to Dara Suf Bala district yesterday retreated together with the forces stationed in this district. A Taliban spokesman also claimed to have taken control of district. Zia Arianjad, Samangan’s representative in parliament, also said that district had fallen.

On the other hand, local sources in Jawzjan province said that Khanqah district of the province had fallen to Taliban.

Sharif Sharifi, secretary of Jawzjan provincial council, told Subhe Kabul daily that the Khanqah district of the province, which is located on the Jawzjan-Balkh highway, had fallen to Taliban before midnight on Sunday.

According to him, the district was considered one of the most important districts on the Jawzjan-Balkh highway, and with the Taliban taking control of it, they could easily access the Faryab, Sar-e-Pul and Jawzjan provinces.

Meanwhile, local sources in Kunduz province said that Dasht-e Archi district of the province had fallen to Taliban fighters. A local source in Kunduz province told Subhe Kabul daily that on Sunday, defense and security forces pulled out from Dasht-e-Archi district of the province, after which Taliban fighters took control of the district.

According to the source, there were no clashes between security forces and Taliban fighters. Recently, some districts in the northern provinces of Afghanistan have fallen to Taliban due to the lack of reinforcements. The Ministry of Defense has repeatedly denied that districts have fallen to Taliban fighters, saying that defense and security forces have used tactical retreats to prevent civilian casualties.

Even, local sources in Jawzjan province said that Taliban fighters have entered the market of Faizabad district after capturing Khaneqah district of the province. Shir Mohammad Noor, a member of the Jawzjan provincial council, told Subhe Kabul daily that Taliban insurgents had entered the bazaar in Faizabad district; but security forces are not present at the district police headquarters.

According to him, clashes between security forces and Taliban fighters have not started yet; but the Taliban have entered the district market. However, a local source told the daily that the center of Mangjik district of Jawzjan province had also fallen to Taliban fighters.

On the other front, a number of members of the Faryab Provincial Council said that the clashes have reached the outskirts of Maimana, the capital of Faryab province. At the same time, the Faryab police said that fresh forces had been sent to the province. 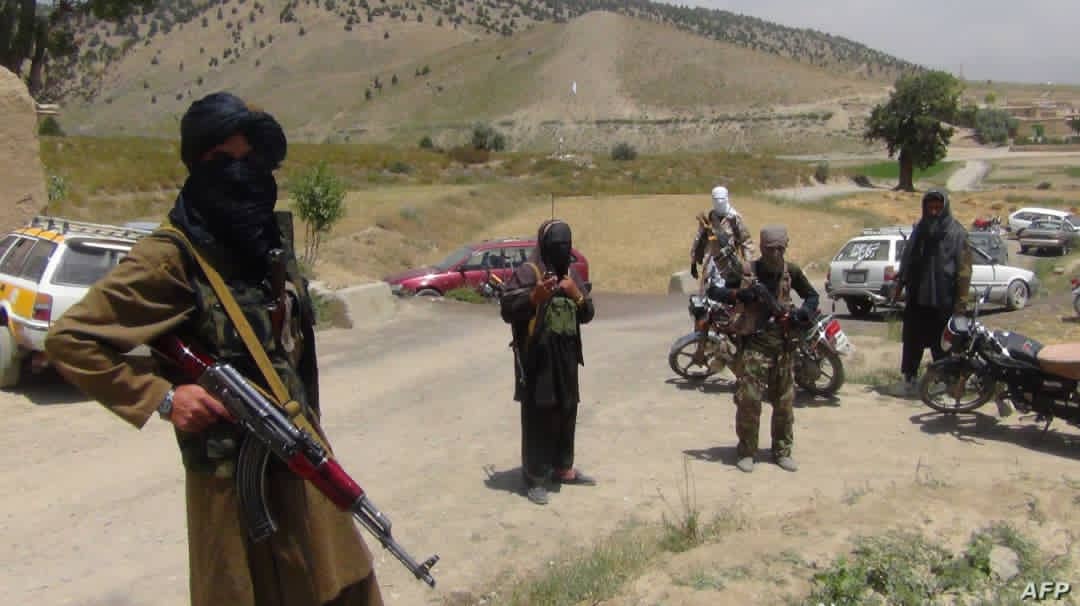 Although Abdul Manan Qate, a member of Faryab Provincial Council, warns of possible escalation of the conflict after a Taliban attack inside Maimana, Faryab police spokesman Karim Yurish said that Taliban movements will be repulsed as new forces arrive. Before noon on Sunday, Abdul Manan warned that that the city of Maimana is in danger of collapsing if new troops were not sent to Faryab.

It is also reported that the Dahandara Dam in Faryab province has been captured by the Taliban. This dam was being built with a budget of hundreds of millions of Afghanis.

Meanwhile, Jamshid Tutakhel, the Kabul police chief, said that threats had increased in Kabul districts and that police should step up operations in those areas. Tutakhel said on Saturday in a meeting with district police chiefs that the police concentration should be increased in the police districts.

He said, “In addition to intensifying your activities, do not let any Taliban escape alive. Terrorists, criminals and Taliban should not be able to raise their heads.”

He stressed that if Taliban escaped from the police alive, the police chiefs of Kabul districts would be held accountable. At the same time, he stressed that if any of the Kabul police district chief could not do so, he should resign. According to him, resigning is more honorable than keeping terrorists and criminals alive. Taliban attacks have recently intensified in a number of Kabul districts.

Meanwhile, following the fall of several districts to the Taliban in recent weeks, Takhar elders are mobilizing the people to retake those districts and secure Takhar. Takhar elders announced at a news conference in Kabul on Sunday that a group had been sent to support security forces in Takhar.

They said that the Taliban are unable to gain popular support by continuing the war and violence and seizing districts. “Even if the districts are lost, it does not mean surrendering,” said Mohibullah Nouri, one of Takhar’s elders. “All the people of Takhar… all the commanders and elders of Takhar have mobilized to defend Takhar and that land of resistance with all their might at the cost of their lives and at the cost of their blood.”

Sayyed Ashraddin Eini, the representative of the people of Takhar in the parliament, also stated, “The necessary coordination has been done; both with the people and the influential and the local commanders and here with a group of lawyers.” According to Takhar residents, the Taliban should know that they cannot rule the people by force and violence.