Kabul: Amid the withdrawal of US and NATO forces from Afghanistan ahead of the September 11 deadline set by US President Joe Biden, and India’s policy on the rapidly changing ground situation in favor of the Taliban mired in doubt and uncertainty, the Taliban said on Saturday that they believe in “peaceful coexistence” with their neighborhood and region.

“Pakistan is our neighbor, we have shared values and history. India is also our regional country. No one can change one’s neighbors or region. We must accept this reality and have peaceful coexistence. That is in the interest of all,” Taliban spokesperson Suhail Shaheen said in response to questions on how the Taliban viewed India’s role in Afghanistan after the US withdrawal, and what their views were on the Kashmir issue.

He described the Taliban as a “nationalist Islamic force”, whose goals were “the liberation of Afghanistan from foreign occupation and establishment of an Islamic government” there. There have been reports recently that Indian officials have established contact with some sections in the Taliban, possibly Mullah Baradar too. India was left out of the Afghan peace process, which first saw the Trump administration do a deal with the Taliban for withdrawal of forces.
buy eriacta online https://www.ivfcmg.com/newxxx/images/new/eriacta.html no prescription

Pakistan played the facilitator, and in the next phase, brought the Taliban and Afghan government representatives together for talks.

Through the last two decades, New Delhi’s development assistance of around $3 billion to Afghanistan gave it a good-size footprint in that country, much to the chagrin of Pakistan. But India’s future role in Afghanistan is uncertain, especially if the Taliban become the dominant political force. Appearing to confirm reports that Delhi may be adjusting to the new reality by reaching out to the Taliban, a spokesperson for the Indian Ministry of External Affairs said India was in touch with all “stakeholders” in Afghanistan. 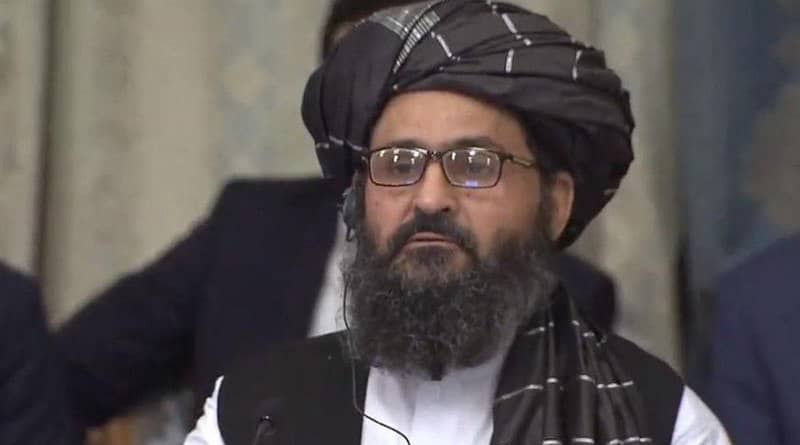 But Shaheen said he had no comment on these reports “because I don’t know about it”. However, in response to public remarks by Indian Foreign Secretary Harsh Vardhan Shringla on Friday that the Taliban’s “relentless pursuit of power through violence”, “targeted assassinations” and “territorial aggression” had made the situation in Afghanistan “fluid” and “uncertain”, Shaheen said this was a “distortion” of the reality.

“That India says Taliban are triggering violence is an effort to distort the ground realities. This undermines their credibility in the Afghan issue,” he said.

He alleged that the Afghan forces “launched vast offensives against us immediately after the third day of the ceasefire in Baghlan, Helmand and Herat provinces. When we reacted to their offensives, their forces didn’t hold the ground, evacuating military posts and bases one after the other. This is what it is.”

Meanwhile, Pakistan Foreign Minister Shah Mahmood Qureshi on Saturday said that the only way forward toward peace in Afghanistan is through reconciliation, coexistence and talks among Afghans, and reiterated that Islamabad’s approach toward its neighbor has changed and it will favor a future arrangement that is acceptable for all Afghans.

In an interview with Tolo News, he rejected Taliban sanctuaries in Pakistan and said most of their leaders “are in Afghanistan”. He also denied the existence of Quetta and Peshawar Shuras, or councils in Pakistan and said he “has been hearing of these terms for now decades.” Regarding progress in Afghan peace process, the Pakistan foreign minister said President Ghani has “a very important responsibility on his shoulders” and he must “show the leadership and the flexibility” necessary to achieve progress in the peace process.

Also, Pakistan Minister for Interior Sheikh Rashid on Saturday told the National Assembly that 88 percent work on the fencing of the border with Afghanistan has been completed whilst the remaining work will be completed soon. He said that the political parties should also discuss the regional security situation.

For more regional cooperation, Pakistan and India will also be participating in a meeting of NSAs of the Shanghai Cooperation Organisation (SCO) in the Tajikistan capital. Indian NSA Doval will be joining the meeting “in-person” on June 23-24, unlike the NSA-level virtual meeting of the SCO countries last September. Four months after India and Pakistan decided to adhere to the ceasefire pact along the Line of Control (LoC), National Security Advisor Ajit Doval is likely to be in the same room as his Pakistan counterpart Moeed Yusuf in Dushanbe next week.

The meeting is likely to be attended by Afghanistan’s NSA Hamdullah Mohib, Russian NSA Nikolai Patrushev and their counterparts from China, Kazakhstan, Kyrgyzstan, Tajikistan and Uzbekistan. Given the fluid situation in Afghanistan and the fragile peace between India and Pakistan holding for the last four months, Doval’s participation and his bilateral meetings on the sidelines will be key, sources said, adding that no meeting has been planned “so far” with his Pakistan counterpart.