Kabul: Acting Minister of National Defense Bismillah Mohammadi has called on the people to mobilize with the security forces wherever they are. He added that the government is ready to provide the necessary facilities to support the people’s forces against the Taliban.

Bismillah Mohammadi said that with his 14 years of experience working at the leadership levels of security agencies, he would turn challenges into opportunities. Mohammadi stressed that his perception of the Taliban was that they had not yet believed in peace. He called on the Taliban to stop “killing and destruction”.

He says that due to the change in the situation, it is necessary to launch new security and defense programs after analysis and evaluation, and to implement them before the withdrawal of international forces.

Meanwhile, as the Taliban’s attacks in the country increase and several districts have fallen to the group, Mir Rahman Rahmani, speaker of the House of Representatives, said that the government must make the necessary changes in managing the war. 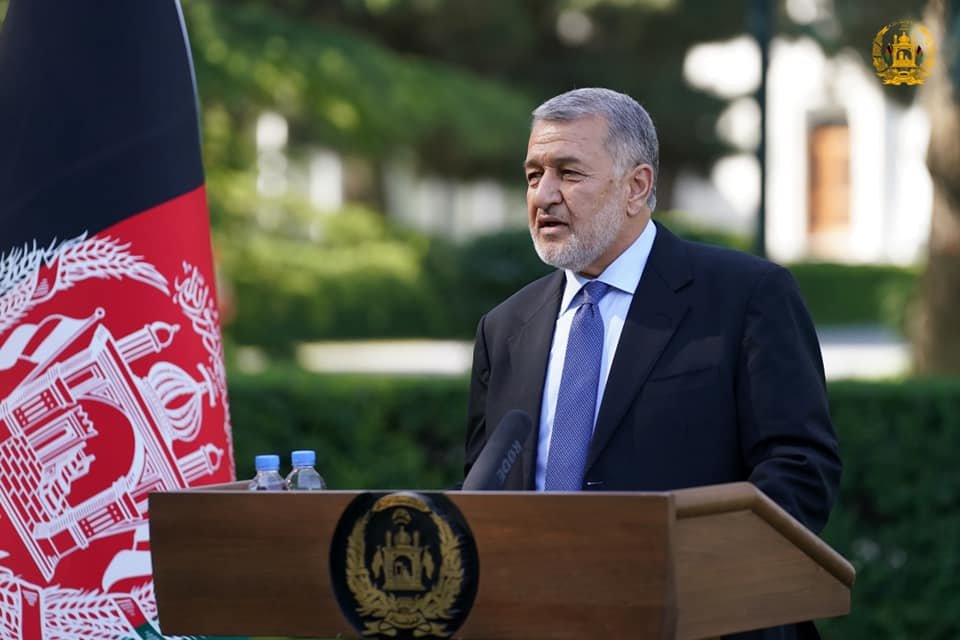 Speaking at a plenary session of the House of Representatives on Monday, Rahmani said that in order to manage the current situation on the battlefield, it is necessary for the government to hire experienced and professional people in the security services.

“Any political-ethnic considerations and group compromises do not cure the pain of insecurity, but war managers should be selected based on their professional abilities and capacities to strengthen the motivation to defend the country in the bodies of each of our brave soldiers and officers,” he said.

According to the Speaker of the House of Representatives, with the withdrawal of foreign forces, the cessation of peace talks, the escalation of violence by the Taliban and the seizure of a number of districts by the group, alarming changes have taken place on the battlefield that must be managed immediately. At the same time, he welcomed the popular mobilization against the Taliban, saying that the struggle of the Afghan people to preserve their lives, property and values within the framework of the popular uprising was approved by the House of Representatives.

Mir Rahmani Rahmani called on the government to fund, equip and manage these individuals. He stressed, however, that these forces should be managed by the government so that they do not become “anti-security” currents in the future.

Addressing the country’s political figures, Rahmani said that territorial integrity, national security and national values are currently under threat and that they are working to strengthen national unity among Afghanistan’s ethnic groups. The allegations come as the Taliban intensified their attacks in various parts of the country as foreign troops began withdrawing from Afghanistan in May.

Meanwhile, Mohammad Ayub Salangi, the first deputy interior minister, returned to office a week after Harun Rashid Shirzad had replaced him. Mohammad Ayub Salangi was appointed the first deputy head of the Ministry of Interior last winter, at the same time as Hayatullah Hayat was elected acting Minister of Interior. He was previously the Deputy Director of the Independent Directorate of Local Governance.

The Ministry of Interior previously announced that based on the proposal of this ministry and the presidential decree, Harun Rashid Shirzad has been appointed as the first deputy of the Ministry of Interior. On the same day, he was introduced by Hayatullah Hayat and started his work. Less than a week after his appointment as deputy interior minister, Salangi returned to work.

The Interior Ministry did not comment on Ayub Salangi’s dismissal or illness at the time. The statement published by the Ministry of Interior about the introduction of Harun Al-Rashid Shirzad did not mention his temporary selection. This issue has provoked widespread reactions on social networks.