Kabul: President Ashraf Ghani held a consultative meeting with political and jihadi leaders on Monday morning. The meeting discussed the visit of the President and Abdullah Abdullah, Chairman of the High Council for National Reconciliation (HCNR), to the United States, as well as the peace process and the support of the security forces.

According to the Presidential Palace, the participants stressed that the peace process is a priority of the Islamic Republic of Afghanistan and all subsequent steps in this process will be taken with the necessary understanding and consensus. 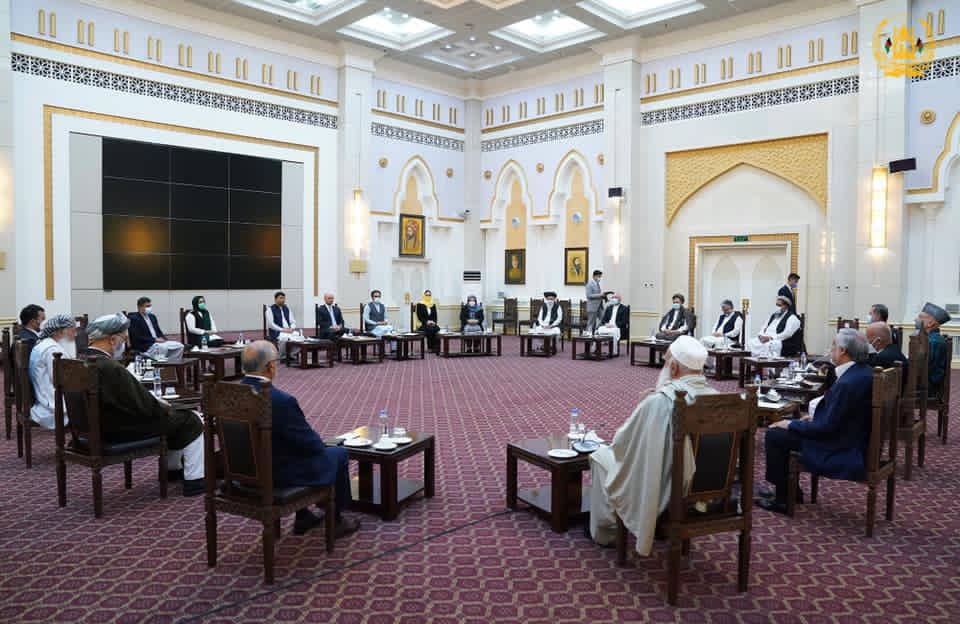 The Presidential Palace said that the meeting also discussed the forthcoming visit of the President and Abdullah to the United States and called this visit important. At the end of the meeting, it was emphasized that the holding of such meetings should continue in order to strengthen the single line and strengthen the political consensus as much as possible.

Meanwhile, a five-member parliamentary delegation announced its findings about the violent protests in Fayzabad city of Badakhshan province.

Delegation head Khan Aqa Rezayee stated that the protesters had beforehand informed the provincial governor and police chief, about the protest, but the officials failed to provide security and prevent violence. The delegation has found that negligence, mismanagement, incompetence and recklessness led to poor security measures and violence.

The delegation suggested that a new governor should be introduced and provincial police chief along with heads of the PDs 1, 2, and 3, and the Reserve Unit commander should be dismissed and referred to judiciary for negligence. These officials allegedly gave shooting order, that killed eight protesters and wounded 42 others. Provincial directorate of security blamed the police for lacking preparedness and professionalism to provide security and control the situation. The directorate claimed that members of Hiz ut-Tahrir ignited violence.

Two weeks ago, a number of residents staged a demonstration to protest the lack of water, electricity and security, that turned violent.