Kabul: Turkey’s willingness to secure the Kabul airport after the withdrawal of foreign forces from Afghanistan is a move that is necessary for the presence of the diplomatic community in the country, Afghan Foreign Minister Hanif Atmar said on Sunday.

“We welcome Turkey’s willingness to sustain the capabilities and the facilities as well as the high-level technological arrangements for the airport,’’ Atmar told the Anadolu news agency on the sidelines of Antalya Diplomacy Forum. The move would be necessary for the “continuous presence of diplomatic community,’’ Atmar added.

Turkey has offered to take responsibility for securing Kabul International Airport following the US departure from Afghanistan later this year. US President Joe Biden discussed the issue with his Turkish counterpart Recep Tayyip Erdoğan at their meeting on the sidelines of the NATO summit earlier this month, but the details of an agreement are yet to be finalized.

“Turkey has made a bold and very much commendable initiative,” according to Atmar, who added that Kabul would “fully” support the move. “Turkey has an extremely important role both at a regional and global level,” the Afghan foreign minister said. Turkey stations 500 soldiers in Afghanistan, the largest remaining foreign military contingent, and has played a key non-combat role in NATO missions in the country since 2003. 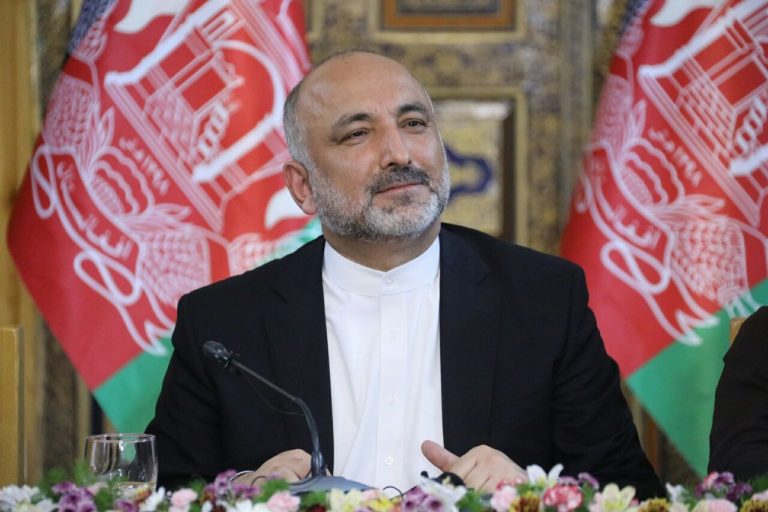 Turkey’s proposal has been rejected by the Taliban. Last week, a Taliban spokesman said Turkey should withdraw its troops from Afghanistan under the 2020 deal for the pullout of foreign forces.

Meanwhile, Beijing has warned Chinese nationals to leave Afghanistan as soon as possible, amid a rapid rise in violence in the country as the Taliban recaptures territories. China’s embassy in Afghanistan has said that Chinese citizens and organizations needed to take additional precautions and strengthen their emergency preparedness in the face of the deteriorating situation.

“This year, the conflicts in Afghanistan are constant, the terrorist attacks are frequent and the security situation is becoming more severe and complicated,” the embassy said in a notice, urging Chinese citizens to “be more cautious” and to “urgently depart from the country through international commercial flights”.

In other news, US Secretary of Defense Lloyd J Austin III spoke via the phone with Turkish Minister of National Defense Hulusi Akar to discuss bilateral cooperation and maintaining continued diplomatic presence in Afghanistan. This comes after reports emerged recently that Turkey has agreed to provide security for and run the Hamid Karzai International Airport in Kabul once all foreign troops have withdrawn. Turkey stated however that there were conditions attached to their offer.