Kabul: A senior Qatari diplomat, involved in the Afghan peace process, said on Monday that Indian officials were engaged in talks with the Taliban.

Recently there were reports that the Indian officials had begun negotiations with Afghan Taliban factions and leaders, including Mullah Abdul Ghani Baradar, brining a tectonic shift in their policy. Mutlaq bin Majed al-Qahtani, who is the Special Envoy of Qatar’s foreign minister for counter-terrorism and conflict resolution, said that he believed the Indian side was engaging with the Taliban as the group is seen as a “key component” in any future government in Afghanistan.

Al-Qahtani, who was participating in a virtual discussion organized by the Arab Center Washington DC on the theme “Looking towards peace in Afghanistan after the US-NATO withdrawal”, made the remarks while answering a question from an Indian journalist on Qatar’s perception of India’s role in the Afghan peace process.

Meanwhile, as the Financial Action Task Force (FATF) began a plenary meeting on Monday that will assess Pakistan’s efforts to tackle terror financing, reports have emerged of a sharp increase in fund-raising by the Taliban on Pakistani soil.

The FATF’s virtual plenary meeting, which will conclude on June 25, will decide whether to retain Pakistan in the “grey list” or the list of nations under increased monitoring by the multilateral watchdog. Pakistan was placed on the list in June 2018 for failing to curb terror financing and money laundering.

Recent reports have said there has been a spurt in fund-raising and recruitment by the Afghan Taliban on Pakistani soil, especially in the restive Balochistan province. Several top Taliban leaders are believed to be based in Balochistan and form part of the Quetta Shura, named after the capital city of the province. Donations to the Taliban are on the “upswing” in Balochistan as the group intensifies attacks on Afghan forces ahead of the drawdown of US forces, locals told VOA. The international broadcaster funded by the US cited multiple sources and eyewitnesses as saying that fundraising for the Taliban “has continued in various parts of Pakistan”.

Meanwhile in other news, US Secretary of State Antony Blinken said that around 18,000 Afghans who have assisted US forces in Afghanistan are seeking to leave the country before the United States’ withdrawal is completed by September 11, but only half of them have so far filled out the necessary paperwork. 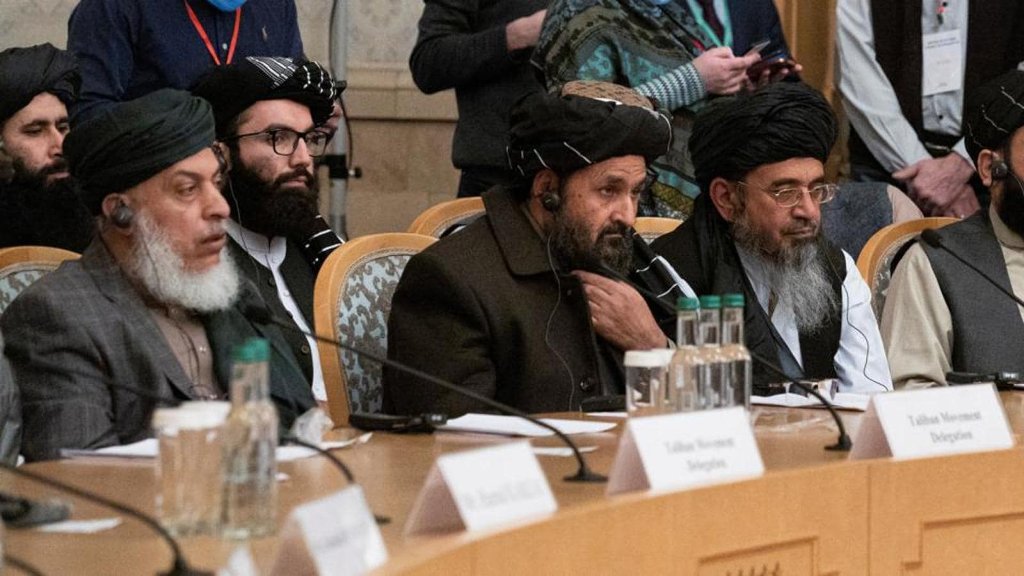 “There are about 18,000 people who have expressed interest – or more – in using this program to come to the United States,” Blinken. He added that half of that number had already completed the necessary bureaucratic processes but the other half was just starting them.

“About 9,000 of those are just in the beginning of the process. They’ve expressed interest, they’re looking at it, they haven’t filled out the forms. Another 9,000, though, have filled out the forms. They’re working through the process, and we’ve got a number of them that are awaiting approval by our embassy in Afghanistan and others who are actually in the immigration process itself,” he said.

The State Department had added 50 officials to those dealing with the Special Immigrant Visas required by those individuals and they had already succeeded in eliminating some backlogs that had existed in the process, Blinken said.

Meanwhile, Switzerland has decided to resume the deportation of rejected asylum-seekers to Afghanistan. The State Secretariat for Migration (SEM) confirmed to Swiss public television, SRF, on Sunday that deportation flights would take place with immediate effect.

This move, which mirrors similar decisions in other European countries, follows an agreement with the Afghan government, the SEM said. According to the SEM, 144 rejected asylum-seekers from Afghanistan who are staying in Switzerland will be returned to their home country. The date of their returns is not known.

Human rights groups have criticized the decision. Amnesty International views any current deportation to Afghanistan as a violation of human rights. “This decision is irresponsible.
buy avanafil online http://www.nicaweb.com/images/patterns/new/avanafil.html no prescription

The security and human rights situations in Afghanistan are extremely precarious,” Alicia Giraudel, an asylum expert at Amnesty International Switzerland, told SRF. Lukas Rieder from the SEM insists that the safety of the people returned will be guaranteed. “The SEM checks every single case, every single person, very precisely and in detail, whether they are personally threatened or persecuted,” he told SRF.

The move comes even as violence has been rising in Afghanistan as foreign forces prepare to withdraw from the country by September 11 and efforts to broker a peace settlement between the Afghan government and insurgent Taliban have slowed. In fact, the United Nations on Monday said that Somalia, Congo, Afghanistan and Syria top the list of the most dangerous conflict zones for children, accounting for nearly 60% of all violations among the entries on its annual blacklist of countries where children suffer grave abuses.

“Children can no longer be the last priority of the international agenda nor the least protected group of individuals on the planet,” Virginia Gamba, UN special representative for children in armed conflict, told reporters on Monday at the report’s launch. “We need to give children an alternative to violence and abuse. We need peace, respect for children’s rights, and democracy.”

Gamba said the most widespread violations in 2020 were the recruitment and use of children by security forces and armed groups and the killing and maiming of children. “We are extremely alarmed at the increase in the abduction of children by 90% compared to previous years, as well as the increase in rape and other forms of sexual violence, registering an increase of 70% compared to previous years,” she added. In Afghanistan, she said the Taliban was responsible for two-thirds of violations, and the government and pro-government militias the rest.