The Independent Directorate of Local Governance (IDLG) announced on Wednesday that Ahmad Bashir Samim has been nominated as the governor of Badakhshan province, based on a proposal from the department and a presidential decree.

Ahmad Bashir Samim has previously served as a senator, member of the Badakhshan Provincial Council and chairman of the provincial Council. Mohammad Zakaria Soda, the former governor of Badakhshan, has been fired following protests by the people this month, which was and is still going on due to lack of water, non-opening of the Shurabak dam and insecurity.

More than 40 people were killed and injured during the violent protests in Faizabad. The delegation of the House of Representatives, which had gone to Faizabad to investigate the case, had demanded the removal of the governor and his introduction to the prosecutor’s office.

Meanwhile, reporters in the north zone of the country complained about lack of access to war information. They said that they have been in frequent contact with army and police spokesmen these days to get information about the fall of the districts to the Taliban, but have been unable to get information.

Thus, despite the enactment of the Access to Information, journalists across the country still face the challenge of lack of access to information, they said on Wednesday. “Government agencies fail to share information with the media. They either do not provide information to reporters in a timely manner or remain silent,” they said. 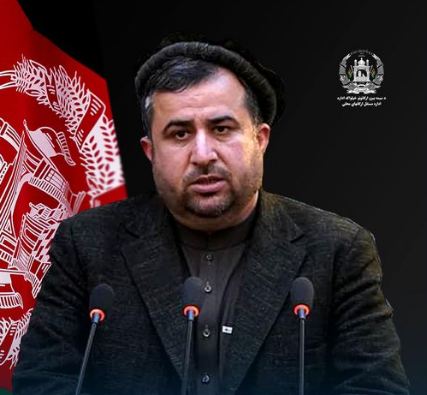 Meanwhile, pro-free media organizations have called the government’s concealment of facts a violation of the Right to Information law and called on the government to make information available to journalists. In the provinces, however, only members of the provincial councils are willing to provide information.

Journalists’ lack of access to information has become a more serious challenge in the northern areas these days than ever before. With fighting escalating and nearly 30 districts falling in recent days in northern Afghanistan, none of the government spokesmen were willing to share information with the media.

The reporters have called on the central government to allow local governments to provide information to journalists in the context of war in most of the country’s provinces. Deputy Minister of Information and Culture for Publications, Abdul Manan Shiway-e Sharq, reiterated that the Afghan government is committed to protecting the freedom of expression. However, Sharq stated that the majority of social media users are sharing unbalanced and unprofessional news and information, without distinguishing between positive and negative freedoms.

Sharq added that there are about 3 million users on social media, who are operating in an unbalanced and unprofessional manner, which is a kind of media anomaly. Sharq urged social media activists to distinguish between positive and negative reports, and called on the people not to trust those, who aren’t professional reporters.

Meanwhile, Nangarhar’s Provincial Governor’s Office reported the arrest of an IS-K member in Jalalabad city. The Office stated that the suspect was transporting a suicide vest, 2 hand-grenades and night letters, when the NDS arrested him in PD4.

The Office added that the arrestee has confessed to his crime, and the case is under investigation.

Meanwhile, the Acting Minister of Information and Culture Mohammad Tahir Zuhair called for people’s cooperation to protect cultural heritage, particularly in insecure areas. Zuhair said that cultural heritage is public property, thus the public should cooperate with the ministry to protect heritage. Zuhair expressed concern that the mafia, smugglers, and opportunists may use the current opportunity to plunder historical sites and cultural heritage.