Kabul: A US delegation is due to arrive in Turkey this week, the Pentagon confirmed on Tuesday, as Washington and Ankara look to put the finishing touches on a deal that would give Turkish authorities a senior role in overseeing the Kabul airport in Afghanistan.

The Pentagon did not disclose who would be travelling, but the Turkish Defense Ministry said that the delegation is “technical” in nature and is expected to arrive in Ankara on Thursday. Efforts to secure the Hamid Karzai International Airport in Afghanistan will lead the talks.

“Turkey agreed to take the lead on the protection of the airport in this meeting,” Pentagon Press Secretary John Kirby said. “However, there are still details to be worked out on this issue. There is much more work to be done.”

US National Security Adviser Jake Sullivan announced the US-Turkey deal on Friday following President Joe Biden’s summit with his Turkish counterpart Recep Tayyip Erdogan in Brussels last week. Biden “and President Erdogan agreed that they would work together to make this happen,” he said. Sullivan stated that two teams would be put in place to make sure Ankara receives the support it needs during this mission. US officials see securing the vital airport as a critical element to maintaining stability in Kabul as well as the continuation of the work of embassies, aid groups and NGOs.

The United States also called for an end to violence in Afghanistan, blaming Taliban insurgents for much of the bloodshed, three days ahead of a visit by President Ashraf Ghani to the White House. “We urge the sides to engage in serious negotiations that determine a political roadmap for Afghanistan’s future,” State Department spokesman Ned Price said. “We continue to call for an end to the ongoing violence that has been driven largely by the Taliban,” Price said. The Taliban captured Afghanistan’s main border crossing with Tajikistan Tuesday, officials said, with security forces abandoning their posts and some fleeing across the frontier. 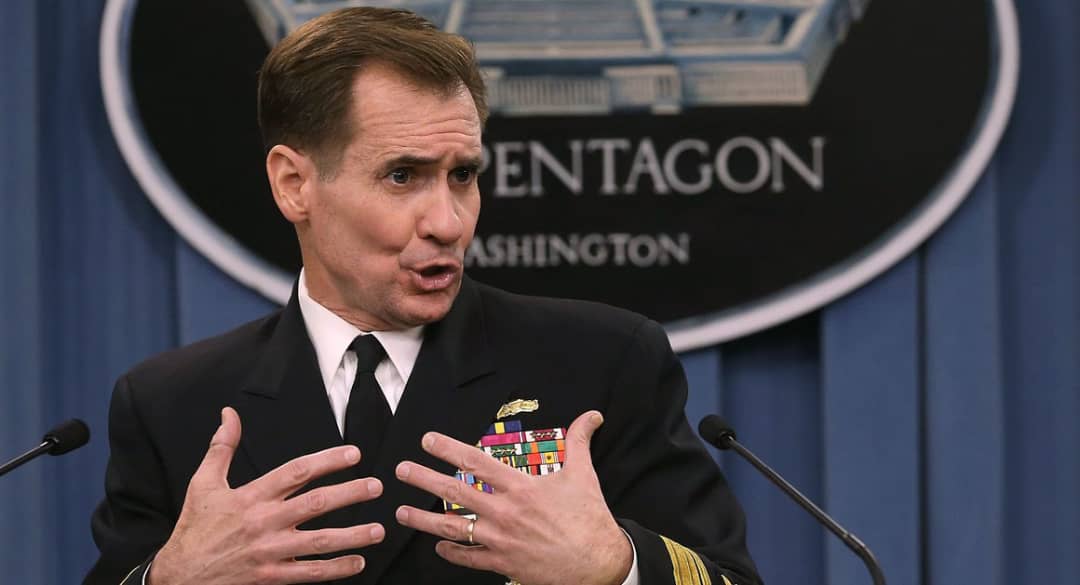 The taking of the far north Shir Khan Bandar was the most significant gain for the Taliban since the United States began the final stage of its troop withdrawal in May, with peace talks between the insurgents and Kabul deadlocked. “The violence must cease,” Price said.

“We continue to believe that negotiated settlement between the Islamic Republic and the Taliban is the only way to end 40 years of war, and to bring Afghans the peace they seek,” Price added. On Friday, President Joe Biden will meet with Ghani and with Abdullah Abdullah, who is overseeing the government side in the peace talks with the Taliban.

Meanwhile, Pakistan’s Prime Minister Imran Khan said that the US cannot win the war in neighboring Afghanistan even if Islamabad agrees to provide bases to Washington for counterterrorism operations.

If Pakistan bows to US demand, Khan said, it would again be targeted for revenge by “terrorists” if civil war breaks out instead of a political settlement in the conflict-wreaked country. He was referring to the more than two-decade-long militancy that has haunted the South Asian nation for siding with Washington in its so-called war against terrorism.

“After joining the US effort, Pakistan was targeted as a collaborator, leading to terrorism against our country from the Tehreek-i-Taliban Pakistan and other groups. US drone attacks, which I warned against, didn’t win the war, but they did create hatred for Americans, swelling the ranks of terrorist groups against both our countries,” he wrote Monday in an opinion piece for The Washington Post.

“We simply cannot afford this. We have already paid too heavy a price. Meanwhile, if the US, with the most powerful military machine in history, couldn’t win the war from inside Afghanistan after 20 years, how would America do it from bases in our country?” he argued.

Islamabad has already refused to allow the US to carry out counter-terrorism operations following Washington’s scheduled pullout from Afghanistan. “Pakistan is ready to be a partner for peace in Afghanistan with the US. But as US troops withdraw, we will avoid risking further conflict,” he wrote.

Acknowledging that Islamabad made a mistake by choosing between warring groups, Khan said Pakistan has learned from that experience and had no “favorites” in Afghanistan. “We oppose any military takeover of Afghanistan, which will lead only to decades of civil war, as the Taliban cannot win over the whole of the country, and yet must be included in any government for it to succeed,” he said.

In fact, US Senator Lindsey Graham says the decision by the Biden Administration to withdraw all forces and not stay engaged with Pakistan is a major disaster in the making, even worse than the blunder in Iraq. He said in a series of tweets that it was stunning to hear that US President Joe Biden hasn’t reached out to Prime Minister of Pakistan Imran Khan regarding the US-Pakistan relationship and Afghanistan. “How do we expect our withdrawal from Afghanistan to be effective without coordinating with Pakistan? Clearly the Biden Administration believes that our problems in Afghanistan are behind us,” he added.

On the other hand, Iran Foreign Ministry spokesperson Saeed Khatibzadeh also said that Iran is closely watching the worrying developments in Afghanistan. He wrote in twitter post on Tuesday that “Iran favors an immediate reduction of tensions, respect for the rule of law and a comprehensive dialogue.” He stressed that “the US destructive policies have left long-term consequences in our region, and now it’s extremely irresponsible actions are causing more damage.”