“The equipment belonging to the security forces has been transferred to the other side of the Durand Line,” said Shamim Khan Katawazi, head of the Independent Directorate of Local Governance. “There is a picture and evidence that Pakistani soldiers took pictures with.”

However, Taliban spokesperson Zabihullah Mujahid denies the group’s transfer of equipment to Pakistan. Fighting continues between government forces and the Taliban in Paktia. Local officials in Paktia said that they have detained Pakistani fighters fighting for the Taliban in the province during the operation to retake the Mirzaka district. Mirzaka district fell to the Taliban three days ago. Many parts of the district have been destroyed or set on fire during the war. Local officials in Paktia say the Taliban have set fire to many security checkpoints and destroyed roads. “Unfortunately, they are setting fire to government facilities and destroying them,” said Paktia Governor Halim Fadai.

On the other hand, the National Directorate of Security (NDS) is investigating a raid conducted by the 01 Unit in Deh Yahya area of Deh Sabz district, Kabul province, on Friday. The NDS stated that a delegation has been appointed to seriously assess and review the raid, and share its findings immediately. Reportedly, five individuals were killed in the incident. Dozens of Deh Sabz residents staged a protest against the district headquarters on Friday and claimed that all the victims were civilians.

Meanwhile, dozens of residents of Karokh district, Herat province, held a gathering to announce support for the ANDSF. In the presence of provincial officials, they pledged to fight the Taliban until the last drop of their blood.

Provincial Governor Abdul Saboor Qane said that the Taliban have no place amongst the people and the public alongside the ANDSF will defeat the Taliban. Qane vowed to provide the necessary facilities. Provincial council member Jahantab Taheri warned the Taliban to stop violence or the public will voluntarily eliminate them. Mohammad Mohaqiq also went to Balkhab district of Sar-e-Pul province and met with his supporters to organize popular mobilizations against Taliban fighters.

Meanwhile, the 207th Army Corps Commander Khial Nabi Ahmadzai condemned the Taliban for massacring the people and destroying infrastructure, and added that the Taliban are foreign mercenaries, who will be defeated.

In fact, the Ministry of Interior (MoI) announced the recapture of Talha and Barfak district of Baghlan province, on Saturday. Baghlan police chief Sayed Ashraf Sadat told the media on Saturday that security forces and popular uprisings had recaptured Talha and Barfak districts from the Taliban on Friday.
buy tadalista online https://praxis.edu/wp-content/themes/twentytwentyone/inc/new/tadalista.html no prescription

Doshi and Khenjan districts of Baghlan province were liberated from the Taliban by popular uprising forces on Friday. Large areas of the Shortapa district of Balkh province have been cleared of Taliban presence, Atta Mohammad Noor said on his Facebook page. 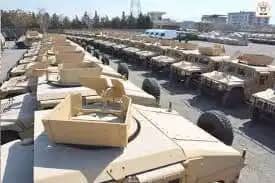 Noor has been on the war front with his son Khalid Noor, Mohammad Farhad Azimi, Governor of Balkh, Head of Balkh National Security, Commander of the Border Brigade, and a number of commanders of the people uprising forces.

Meanwhile, Herat civil activists handed over a petition of messages and signatures of citizens of the province collected in support of the defense and security forces to the army base in the west of the country.

According to the organizers of the program, the collection of signatures and messages of support from people from different parts of Herat had started a week ago. Arash Bashayar, one of the organizers of the program, told Hashte Subh daily that while the intensity of the war of grief has spread in the country, it shows support for the bravery of the defense and security forces, hatred of killing and bloodshed.

He emphasizes that a number of civil society activists donated blood to the wounded of the army and expressed their support for them. On the other hand, the commander of the army in the west of the country is pleased with the support of the people and civil activists in the defense and security forces, and emphasizes that this support is in the interest of the security forces in the hot battlefield against the Taliban.

Khayal Nabi Ahmadzai, commander of the army forces in the west of the country, told Hashte Subh daily that the forces under his command are ready to defend the people in this area and will not give up any effort to ensure their security. He added that in addition to the domestic armed opposition, the country’s defense and security forces are currently fighting various terrorist groups that have entered the battlefield with the support of foreign countries.

In the final part of the support program, a number of civil society activists donated blood for the wounded of the army forces who were wounded in the recent battles. Amanullah Teymouri, deputy director of the Army Hospital in the west of the country, said that 16 civil society activists donated eight liters of blood to the wounded of the security forces, which could solve the problem of some of the forces who need blood.

Kabul: Mutlaq Al-Qahtani, Qatar’s special envoy for counterterrorism and mediation of conflict resolution, said that a…

US Assessing Whether Taliban Serious About Peace: Blinken

Kabul: US Secretary of State Antony Blinken said on Friday that Washington was assessing whether the…