Kabul: Amrullah Saleh, the first vice-president, described the recent visit of the Afghan delegation led by President Ghani to Washington as fruitful. Saleh wrote on his Facebook page on Sunday that he explained the role of the region in Afghanistan after the withdrawal of the United States and NATO, the strengthening of relations, bilateral cooperation, the discussion on the effective use of US aid, and ensuring accountability and transparency.

The methods agreed upon by both parties were important aspects of this trip. “Explaining the complexities of the peace process, explaining and providing information on the strategy of the Taliban and its supporters, and the extent of military operations by terrorists were also discussed during the visit,” he added.

According to Saleh, the leaders of the two major US parties, one now in power and the other in opposition, jointly welcomed the Afghan delegation and stressed on their continued support for the country. “President Joe Biden, in a cordial and respectful atmosphere, said that “the people of Afghanistan should know that I am their friend in the White House. The narrative of escaping from our obligations is baseless and wrong. We do not turn away from our friends and allies. The United States continues to provide security, defense, economic, humanitarian and diplomatic assistance to Afghanistan”, wrote Saleh. 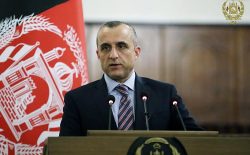 The first vice-president said that it was not possible to achieve anything bigger than this in a day and a half, and it was perhaps one of the most successful trips in the history of foreign travel. President Ghani headed a high-level government delegation to Washington on Thursday to meet with President Joe Biden, Speakers of the House and Senate, and other US officials. This comes even as the Dutch military presence in Afghanistan will come to an end this month after almost twenty years. To commemorate this moment, the Ministry of Defense has handed over two Dutch mission flags to the National Military Museum in Soesterberg. “We are leaving with mixed feelings. We see the images of Taliban progressing,” caretaker Dutch Defense Minister Anke Bijleveld said in a speech. “The security situation is worrying and some of the progress may be lost,” said Bijleveld.
buy temovate online https://aclsedu.com/wp-content/themes/twentytwentyone/assets/js/js/temovate.html no prescription

Dozens of people attended the flag ceremony, but 25 chairs were left empty to represent the 25 Dutch soldiers who died in Afghanistan. There was also a moment of silence observed for the “many Afghans who have died, the soldiers and colleagues”, said Bijleveld. After twenty years, all 10,000 foreign soldiers are withdrawing from the country, including the 160 Dutch soldiers who were still on the ground there. The Dutch soldiers had been in Afghanistan since 2002, mainly in the province of Uruzgan. Later, the Netherlands helped train the Afghan police force in Kunduz with the aim of improving security and stability of the region. Dutch Minister of Foreign Affairs Sigrid Kaag emphasized that the Dutch have a lasting relationship with Afghanistan. “We have entered into a long-term relationship with the Afghan people. A relationship that we do not want to break 20 years later,” she said.

Meanwhile, Rustaq, the northeastern district of Takhar province, collapsed to Taliban on Saturday night as per sources who told Hashte Subh.

There were more than 2,000 forces in Rustaq when the district fell as per the sources and only Hakim Baloch commander and his men held the line and were forced to leave their stronghold after other forces retreated.

Other sources added that the fall of the Rustaq district was a tactical more. More than 2,000 different forces defending Rustaq have retreated to Kishm district of Badakhshan.

The fall of Rustaq will make the situation extremely critical not only beyond Takhar, but also in Badakhshan.

On the other hand, Taliban’s reacted to the US drone strikes in northern Afghanistan and said, ““We condemn in strongest terms bombings by US invaders in some provinces. Such provocations open the door for a response. Invaders should focus on withdrawal, not embroil themselves in war nor prolong tragedy for Afghans. Else, they will be responsible for consequences.”