Kabul: The Ministry of Defense (MoD) has limited the number of military flights, until further notice.

MoD spokesperson Rohullah Ahmadzai told Subh-e Kabul daily that the Afghan Air Force (AAF) is now going to focus on its main duty, setting aside side duties, including non-military transportations.

Ahmadzai added that conducting airstrikes, supporting the ground forces, on-time transfer of those killed and wounded to the healthcare centers, and transfer of forces and equipment to military personnel are the main priorities for the AAF. 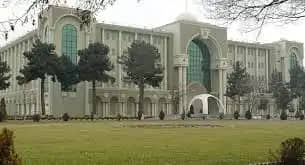 Recently, a number of social media users reported that Chief of Army Staff Wali Mohammad Ahmadzai had ordered the AAF to halt all military flights, including for offensives and logistics, until he takes command.