Kabul: The Ministry of Defense (MoD) announced on Tuesday that security forces and the popular uprising forces had driven the Taliban out of 10 villages in the Chahar Kint district of Balkh province.

According to the Ministry of Defense, the operation was launched on Monday, by security forces and popular uprising forces with the support of the Air Force.

The MoD said that 55 members of the Taliban had been killed and eight others wounded in the operation. According to the Ministry of Defense, in this operation, the villages of Oibulaq, Para Barat, Nawabad, Lashkar-e-Qaq, Pakbar, Khanegha, Havili, Girobala, Girupain and Kuh-e-Khaja Suri in Chahar Kint district have been cleared of Taliban. The Taliban have not yet commented on the matter.

The Baghlan police spokesman said that the Taliban wanted to block the Kabul-Pul-e-Khumri highway by attacking Doshi. Taliban suffered heavy casualties as a result of resistance from security forces, popular uprisings and other defense forces in Doshi with the cooperation of the country’s air force. According to Besharat, the Taliban retreated after suffering heavy casualties.

According to Besharat, 38 Taliban members were killed and wounded in the clashes. He said 22 members of the group were killed and 16 others were injured. The Taliban have not yet commented. Security forces recaptured Doshi district from the Taliban four days ago. 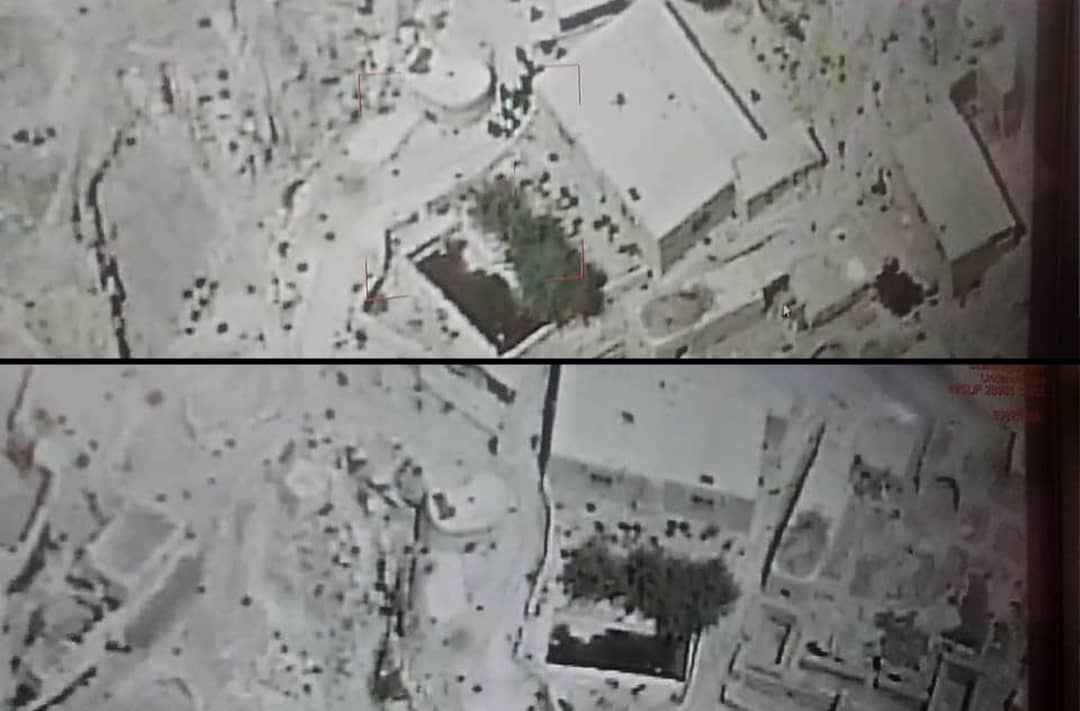 Images released from the scene of the attack show that the windows of a number of houses and shops were broken during the clashes. No group or individual has claimed responsibility for the attack.

In another incident, unidentified gunmen attacked a security ranger in the Arghandi area of Paghman district of Kabul province at 7:55am on Tuesday. Kabul police said that two security personnel were killed and another was injured in the attack. Kabul police spokesman Ferdows Faramarz said an investigation is underway. Pictures released of the incident show a ranger caught fire following the attack. No individual or group has claimed responsibility for the attack.

On the other hand, Amrullah Saleh, the first vice-president, said that for the defeat of the Taliban and the 100 percent deployment of the air force in the service of the security and defense forces, the access of civilians, non-essentials access to the air force aircraft has been limited.

Saleh wrote a note on his official Facebook page on Tuesday that the decision was “very reasonable and professional” after an in-depth assessment of the situation. “Our greatest priority today is to defeat the Taliban and provide full support to our forces,” Saleh wrote. Meanwhile, Taliban attacks have recently increased in various parts of the country to seize districts.

On the other hand, the first vice-president said that in “two or three specific areas in Kabul city” where there are narrow and inaccessible alleys and entrances for cars, the Taliban used motorcycles to assassinate government officials. Saleh has emphasized that the use of motorcycles is prohibited until this threat is eliminated, with the exception of restaurants that serve food and are given special cards. He called on the people to respect this “order”.

Kabul police announced on Monday that the movement of motorcycles with and without documents in the city and districts of Kabul is prohibited until further notice. The reason for the restriction was cited by Kabul police as “security reasons”.

Meanwhile, local officials in Logar province said that despite an escalation in Taliban attacks over the past two weeks, the security situation is improving. Provincial Governor Abdul Qayum Rahimi told a news conference on Tuesday that the Taliban have increased attacks against the ANDSF across Azra, Khoshi, Kharwar, and Baraki Barak districts, however, the group sustained heavy casualties during the ground operations and airstrikes, and a number of areas have been cleared.

Rahimi rejected the collapse of Azra district and added that the provincial government shifted the district headquarters to Pul-e Alam city, due to security problems, but it has developed a plan to conduct operations in areas, from where the ANDSF have recently retreated. Rahimi claimed that Pakistani nationals are leading the battle in some districts, and the ANDSF have obtained evidence about it. Provincial council head Hasibullah Stanikzai expressed concern about the intensification of violence in the province, and said that the Taliban force the ANDSF through mediation by tribal elders to evacuate an outpost or a district. Stanikzai urged the security agencies to legally treat those elders, who work for the benefit of the Taliban.

Stanikzai blamed the lack of airstrikes of cooperation by the Afghan Air Force (AAF) as a major reason for the evacuation of outposts, as the ANDSF fail to receive air support in case of a siege. Stanikzai added that the Kabul to Logar highway experienced many security incidents and called on the government to pay serious attention to the matter. The Taliban rejected the claims of sustaining heavy casualties in Logar province, and claimed to have captured Azra, Baraki Barak, and Kharwar districts during the current week.