Kabul: The Government of the Islamic Republic of Afghanistan has responded to the border incident of June 23 in which that Afghan nationals crossed into Uzbekistan.

Afghanistan said that it is seriously investigating it in order to clarify the reasons and dimensions of this incident and to take the necessary legal measures to clarify it. “We are fully committed to the laws governing border relations and consider their implementation important for ensuring the security of countries and maintaining friendly relations with neighboring countries,” the statement added.

According to a statement by the Ministry of Foreign Affairs of Uzbekistan, on June 27, at least 44 Afghan border troops and militias violated the state border of Uzbekistan in the area of Shortepa district, Trend reported. The Foreign Ministry of Uzbekistan noted that all of them were returned to Afghanistan. It also said that the military personnel of Uzbekistan will strictly suppress such attempts to illegally enter the country. Uzbekistan called on the warring parties in Afghanistan to prevent civilian casualties and to refrain from using force. “The government of Uzbekistan firmly declares its commitment to maintaining traditionally friendly and good-neighborly relations with Afghanistan, maintaining neutrality and non-interference in the internal affairs of the neighboring country,” the statement said.

The government of Afghanistan also said that they deeply appreciate the Republic of Uzbekistan’s continued efforts to ensure lasting peace in Afghanistan and to expand bilateral and multilateral economic cooperation. “We hope that by consolidating peace and stability in Afghanistan, we will be able to further expand our bilateral relations in all areas of political, economic and security, including border security, in an atmosphere of trust and good neighborliness,” the statement added.

It is pertinent to note that on June 22 too, Tajikistan’s State Committee for National Security said that 134 soldiers of the Afghan government army had to retreat to the Tajik territory after a Taliban attack on the Sherkhon Bandar border checkpoint. One serviceman died and four were injured in the attack. Later, they returned to Kabul by a special flight. Apart from that, seventeen Afghan troops crossed into Tajikistan near the Shakhritus checkpoint after an armed clash with a Taliban unit in the Balkh Province. Tajik border guards let the Afghan soldier inside the country. 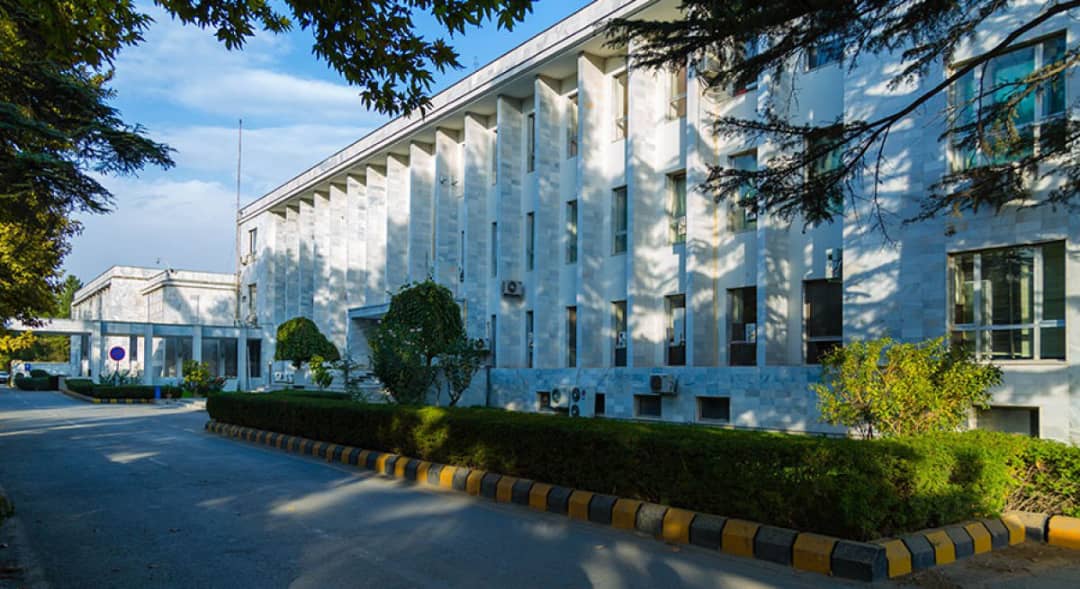 This is Bismillah Mohammadi’s first provincial trip since taking office as the acting minister of National Defense. He traveled to Maidan Wardak province as the Taliban recently took control of some districts in the province.

Meanwhile, local officials in Badghis province said that the Qadis district has been under severe economic sanctions by the Taliban for more than two weeks. Badghis Governor Hussam al-Din Shams told Etilat Roz that Taliban insurgents do not allow transport of raw materials to areas under their control in Qadis district.

Shams added that they would soon be lifting the Taliban’s economic embargo, “The experience of the fall of Jund district will not be repeated in Qadis district.” Meanwhile, the Badghis provincial council is urging the Taliban not to continue the siege of Qadis because the lives of the residents of this district will be in trouble.

Badghis provincial council member Bahauddin Qadsi called on the government to reopen the Qadis district road. He said that the Taliban had warned that they would not end the siege until they stopped supporting the government. “If the Taliban continues to impose economic sanctions, raw materials will run out in Qadis and the lives of poor people will be in trouble,” he said.

Meanwhile, the Ministry of Foreign Affairs of the Islamic Republic of Afghanistan welcomed the meeting of the Foreign Ministers of the Global Coalition against ISIL on June 28 in Rome, Italy, and its Joint Declaration. The statement praised the Afghan government’s efforts to fight ISIS (Khorasan branch). The declaration also emphasizes the comprehensive and collective efforts to defeat ISIS.

Welcoming the results of this meeting, the Government of the Islamic Republic of Afghanistan said it is committed to combating the evolving threat of global terrorism and reiterates its commitment to a joint and comprehensive regional and global struggle in this regard.

On the other hand, the Ministry of Foreign Affairs announced that Afghan nationals, who entered Saudi Arabia using foreign passports, will receive legal documents, including Afghan passports. The Ministry stated that the Saudi government agreed to allow Afghan nationals to exchange foreign documents with those of Afghanistan’s, and the process will be implemented in coordination with the National Statistic and Information Authority (NSIA).

The Ministry added that the issue will facilitate the travel of Afghan nationals, who work in Saudi Arabia, and transfer of money to Afghanistan. The Ministry commended the Saudi government for facilitating the process.

Also, statement by the Executive Director for Islamic Republic of Afghanistan on the First Review Under the Under the Extended Credit Facility Arrangement and Request for Modification of Performance Criteria, was released, stating, “Afghanistan is confronting the Covid-19 pandemic and its socioeconomic fallout amid rising insecurity. Supported by donors, the authorities boosted health and social spending to cushion the pandemic’s impact on the vulnerable. Policy measures kept the output contraction to 2 percent in 2020, but poverty rose and the fiscal deficit widened. Political uncertainty has risen as the peace talks between the government and Taliban stalled and the US, NATO, and allies announced the withdrawal of their troops by September. In a strong sign of support for Afghanistan’s development and reforms, donors pledged some US$12 billion civilian grants over 2021–24 at the Geneva conference in November 2020.”