Kabul: Referring to the recent remarks by Pakistani interior minister Sheikh Rashid Ahmad, Wahid Omar, a senior adviser to the president, said that Islamabad needs to change its approach to Afghanistan. “Pakistan has not only given refuge to the Taliban. The Taliban’s propaganda is also led and managed from Pakistan.”

Pakistani Interior Minister Sheikh Rashid Ahmad said in an interview with Geo News on Sunday that members of the Afghan Taliban family live in different parts of the country, especially around Islamabad. “Members of the Taliban family live here in Pakistan, in the villages of Islamabad in Rawat, Luwi Bar, Bara Kahwa and Tarnul,” Ahmad said. “Sometimes their bodies arrive and sometimes they come to hospitals for treatment.”

Sheikh Rashid added that Islamabad expects the Afghan Taliban not to allow terrorist groups such as the TTP to operate against Pakistan. Meanwhile, Hamdullah Mohib, the NSA, had praised Pakistani Interior Minister Sheikh Rashid for revealing Pakistan’s support for the Taliban. “We need more courageous Pakistanis to speak out against the invasion of Afghanistan,” he added. 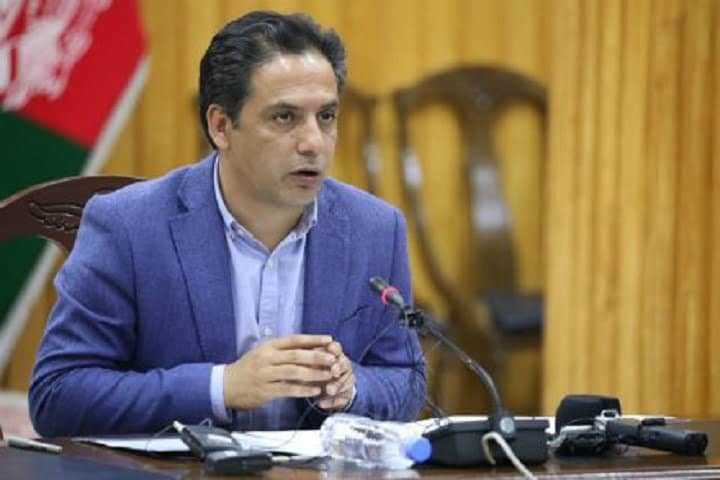 However, Wahid Omar said that the Taliban needs to know that Afghanistan has changed and they have no sovereignty anywhere in the country. Omar added that governance meant enforcing the law and providing services, and that the Taliban had taken people hostage through threats and coercion.

Meanwhile, Foreign Minister Mohammad Hanif Atmar met with Deputy Korean Foreign Minister Ham Sang Wook and praised the Republic of Korea for its assistance in political, economic, educational, and cultural aspects, over the past two decades. Atmar emphasized on the importance of Korea’s continued assistance after the withdrawal of foreign forces from Afghanistan, in order to preserve joint values and achievements.

Atmar said that the first bilateral political consultations are important and exchanged views with Wook over following the meeting’s commitments. Deputy Korean Foreign Minister assured Atmar of his support to the Afghan peace process, and a lasting peace with the preservation of human rights achievements, during the past two decades. Both sides also discussed to further coordination and cooperation at the UN and other international organizations.