Kabul: Mohammad Younes Qanoni, a member of the leadership committee of the High Council for National Reconciliation (HCNR) and a former vice-president, has said that internal divisions in the current government are leading the system to collapse.

Qanoni said that the rifts are deep and the regime would collapse before it was overthrown by “outside agents”.

He was speaking at at the 10th anniversary of the assassination of Mohammad Daud Daud and Shah Jahan Nouri in Kabul. According to him, the differences between the government and political figures and the government and the people have already reached their peak.

He added that these disputes in the “republican sphere” have given the Taliban hope that the Afghan issue will be resolved militarily in their favor after the withdrawal of foreign forces. “Before reaching a peaceful settlement with the opposition (Taliban), peace inside our house is our need and urgency,” he stressed.

As per him, victory in the peace process is not possible unless the gap between the government and the nation is removed and unity is established within the government. He said the government belongs to all the people of Afghanistan and no one should be allowed to overthrow the regime.

Addressing the leadership of the government, he also said, “Let us not allow a situation to arise in Afghanistan that neither you, respected government officials, nor politicians outside the system can control. You have the power to lead the people to reform and will.” 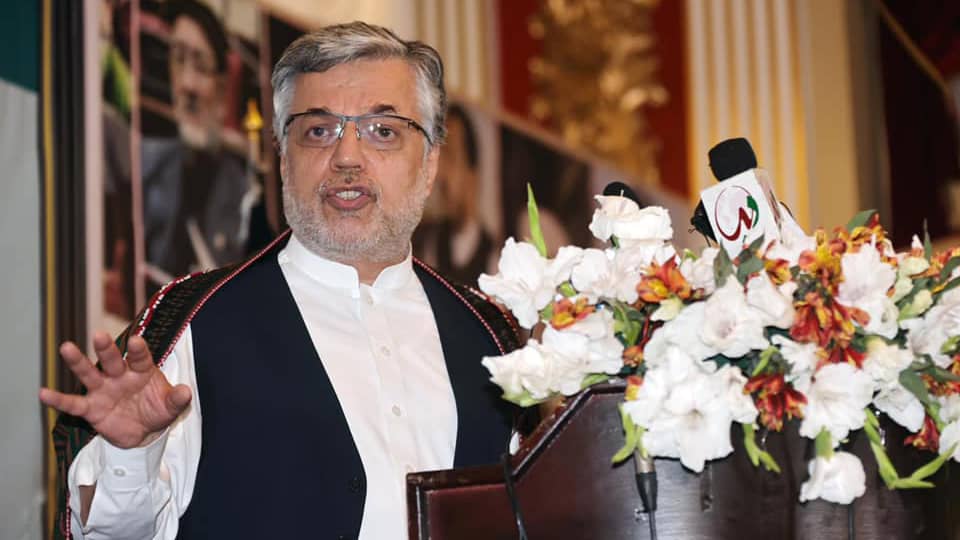 He stressed that the will of the people should be respected by the leadership of the government, and that fundamental reforms should be implemented in the government and that “popular changes” should take place.

He urged the people not to worry about the situation in the country, but to follow the issues carefully. Meanwhile, Abdullah Abdullah, said it was time for people to understand the current situation and realities in the country.

Abdullah added that foreign forces were leaving the country and that the government now needed to use tactics, tactics, resistance, democracy and courage to successfully pass the test. He further stressed that personal issues need to be put aside and measures taken to get out of the current situation.

On the other hand, Abdullah Abdullah said in part that although peace talks have begun, “Afghanistan is as far from peace as ever.”

He described the issue as “a major challenge” and said that despite that, peace talks between the Afghan government and the Taliban were ongoing and had not yet been completed.

The remarks come as a number of members of the Afghan government’s peace negotiating team left for Doha, the capital of Qatar, after weeks of deadlocks in yesterday’s inter-Afghan talks. The Ministry of Peace has previously said that talks with the Taliban will resume where they left off.