Kabul: Local officials in Kapisa province said that the Alaysa district of the province has fallen to the Taliban after days of siege. Mohammad Hussain Sanjani, head of the Kapisa provincial council, told Hashte Subh daily that the district fell on Wednesday.

According to the head of Kapisa Provincial Council, the Taliban are currently present at the headquarters of the district. There were reportedly two army units with 115 soldiers in the district, which surrendered to the Taliban after days of siege and lack of aid. This is the first district in Kapisa province to fall to the Taliban.

Security officials and members of the provincial council also claimed that Firuzan Khachir in Samangan, Gilan in Ghazni and Khakriz in Kandahar have been taken out of government control. In Samangan province, Firuzan Khachir district has also fallen to the Taliban. Munir Rahimi, spokesman for the Samangan Police Command, said that the security and defense forces, with all their facilities and equipment, had pulled out from the district last night to prevent a human catastrophe and casualties.

According to him, these forces have been relocated within three kilometers of the district. Rahimi emphasized that the police force had not been harmed in the tactical retreat. In addition to these districts, Abdul Jamei Jame, a member of the Ghazni Provincial Council, said that the Gilan district of the province had fallen to Taliban fighters.

Eight Ghazni districts have fallen to the Taliban since last month. Earlier, the Taliban had taken control of Muqur, Khwaja Omari, Waghez, Deh-e Yak, Jaghato, Qarabagh and Abband districts in the province. Nawa, Ajristan, Giro and Rashidan districts of the province were also previously under Taliban control.

However, the Special Operations Corps has announced on Wednesday that new commando forces have arrived in Ghazni province to suppress the Taliban .

The Special Operations Corps (IRGC) said that fresh troops had been sent to Ghazni province following the escalation of fighting in the province. According to the army, the security and defense forces, with the support of the country’s air force, are set to launch a purge operation in Ghazni.

The troops were sent to Ghazni province after a number of Ghazni representatives reported Taliban attacks on the outskirts of the provincial capital on Tuesday. Nasir Ahmad Faqiri, head of the Ghazni Provincial Council, told Hashte Subh daily that the Taliban had effectively entered the city and clashed with security forces in the first, second, fourth and fifth PDs.

Meanwhile, Sayed Jan Khakrizwal, head of the Kandahar Provincial Council, told the Etilatroz that the Taliban had also taken over the Khakriz district. In the past few days, Maiwand, Maroof and Ghork districts of the province have also fallen to the Taliban.

Local officials in Nangarhar province also reported an explosion in Jalalabad city, which wounded three civilians. Provincial Governor’s Spokesman Ataullah Khogyani said that the explosion took place near Sikh’s temple in PD1 at around 03:00pm, but it did not hurt Sikhs. No group has claimed responsibility for the attack yet.

Also, the Ministry of Public Works reported that a roadside IED destroyed a culvert and part of the road in Kochiha area, near the entrance to Maidan Shahr city, on the Kabul to Kandahar highway on Wednesday morning. The Ministry stated that one lane of the highway has been closed to traffic, due to the incident.

In fact, even Deputy chief of mission of US embassy in Kabul Ian McCary said, “We call on the Taliban to end the ongoing violence and return to the negotiating table.” He also added that like US State Department Spokesperson Ned Price said on June 22, “The world will not accept the imposition … by force of a government in Afghanistan.” Meanwhile, the chairman of the High Council for National Reconciliation (HCNR) Dr. Abdullah Abdullah said that whenever the US encourages its allies to provide assistance to Afghanistan, they point to disunity and corruption as a problem.

Addressing the 6th meeting of HCNR’s Leadership Committee at the Presidential Palace, Abdullah said that Biden had told them that consensus among the Afghan people would help the US and its allies to provide assistance, which would be effective. Abdullah added that political leaders are responsible to unite, and that foreigners are not needed to urge Afghans to unite during this sensitive situation.

Abdullah said that the withdrawal of foreign forces created vacuums, which the Taliban used to intensify fighting. Abdullah called on the political leaders to consider the fate of the people, as it’s time to think about Afghanistan’s survival, and the warmongering individuals, who cause division, should be identified and stopped. Abdullah highlighted that the US will continue its support to Afghanistan.

He also said that the war has now reached the gates of cities and should not be ignored. “Today, the issue of survival, health, unity and integrity of the country is at stake,” said Abdullah, adding, “We need to make our priorities clear. No one is in favor of continuing and escalating the war; but in the face of this situation, we cannot remain silent.” 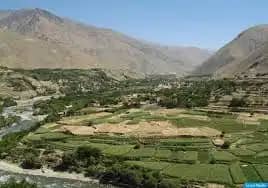 He stressed that with the support of the security forces and the Afghan government, the country’s survival will be guaranteed. He stated, “The Taliban should not think that with the withdrawal of foreign forces, they have the opportunity and can rule by force. Rest assured, that no one will allow this; but without a doubt, the war will continue.”

Abdullah said that a number of countries in the region are not happy with the presence of foreign forces and now the situation has changed and the continuation of the war has negative consequences for them.

The war has also resulted in displacement of families. The Kunduz Department of Refugees and Repatriations said that as a result of the war in the past month, 12,000 families have been forced to flee their homes. Ghulam Sakhi Rasuli, the head of Kunduz province’s refugees and returnees, told Hashte Subh daily on Wednesday that more than 12,000 families had been displaced as a result of heavy fighting between security forces and the Taliban in the province.

According to Rasouli, the number of displaced people is from Imam Sahib, Aliabad, Khanabad, Chahardara and central areas of Kunduz. The head of the province’s refugees’ department said that in the recent months, in coordination with aid agencies, of a total of 12,000 displaced families, 6,500 families needed help, and the process of distributing aid to these families is currently underway.

According to Rasooli, 20 survey teams are working to register displaced families in Kunduz. Meanwhile, Rasouli stated that about two thousand families have moved from Kunduz to Takhar, Baghlan and Kabul provinces. On the other hand, according to Ghulam Sakhi Rasooli, the number of displaced people in the province is increasing and there are many challenges to address them, such as blocked roads and the lack of food stalls.