Kabul: Acting Interior Minister Abdul Sattar Mirzakwal held a videoconference with high-level officials and police chiefs of northern provinces on Tuesday evening, commended the Afghan National Police (ANP) for clearing some districts of insurgents and called for acceleration of the operations.

Mirzakwal called for addressing the requirements of the ANDSF in a timely manner. Provincial police chiefs ensured of launching joint operations to clear the districts of insurgents.

In fact, the Ministry of Interior (MoI) announced that the ANDSF and people’s mobilization forces recaptured Shinwari district of Parwan province. The MoI stated that 69 Taliban insurgents were killed and nine others were wounded, during the operation and the ANDSF are making advances.

MoI also announced the recapture of Khost wa Fereng district in Baghlan province. The MoI stated that the ANDSF recaptured the district after launching an operation and inflicted heavy casualties to the Taliban. Even hundreds of residents of Narang aw Badil district, Kunar province, marched in support of the republic and ANDSF, and vowed to defend the system until their last drop of blood. They added that they will defend the territory alongside the ANDSF, under any circumstances.

Meanwhile, the Da Afghanistan Breshna Sherkat (DABS) reported that an electricity pylon has been destroyed in an explosion in Jangal Bagh area of Parwan province. DABS stated that unidentified individuals detonated the pylon, along the main road, with an IED at 04:25hrs, on Wednesday morning, which cut power supply to Kabul and neighboring provinces. DABS added that its employees have been deployed to repair the pylon and the road has been blocked to traffic. 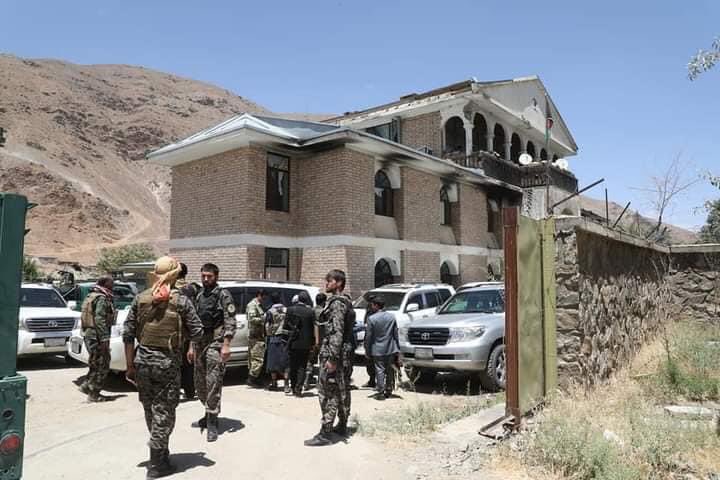 However, good news to note is that amid the rise in violence in Afghanistan, prominent tribal leaders of Alokozai Tribe organized a rally in Afghanistan’s Kandahar on June 28 in support of the democratic system and peace process. The rally witnessed the participation of a large number of people from the Kandahar, Zabul, and Uruzgan provinces.

Dawood Gulzar, Advisor to the Afghan President said that Pakistan is an obstacle to the peace process. “ISI has always played the “role of the devil” in Afghanistan and been interfering in the affairs of Afghanistan,” he added. Kalimullah Naqibi, who is also a member of the Afghan Delegation to Peace Talks in Doha noted the stalemate in the peace process and criticized the Taliban for intensifying the fighting and destroying lives and properties in Afghanistan.

Meanwhile, parliamentary speaker Mir Rahman Rahmani led a high-level parliamentary delegation traveled to Tajikistan, in order to participate in the Parliamentary Assembly of the Collective Security Treaty Organization (CSTO) in Dushanbe, on July 1. Rahmani will deliver a speech about the dangers of international terrorism, domestic extremism, the continuation of violence, targeted killings, the peace process and the role of member states in the provinces.

Also, Pakistan Foreign Minister Shah Mahmood Qureshi on Tuesday said that the meeting on national security in Pakistan, to be attended by representatives of all their nation’s parliamentary parties, would focus on the current security situation in Afghanistan and its impact on the region. He said Pakistan desired peace in Afghanistan and was playing a conciliatory role towards the success of Afghan peace process.