Addressing reporters at the Government Media and Information Center (GMIC) on Wednesday, Danesh said that the Taliban are not committed to Sharia as the ongoing war by the group is completely illegal under Islamic law. Danesh added that the ongoing war is external in nature, as senior foreign officials of neighboring countries have recently admitted where Taliban take their wounded and where their leaders are.

Danesh claimed that the Taliban abuse peace as slogans and violated its agreement with the Us, as the group had to implement a ceasefire and enter negotiations in line with the agreement, but it has kept away from the negotiating table. Danesh also said that the Taliban’s objective is to seize power by force, and despite government’s goodwill towards peace, the group has escalated violence.

Danesh stated, “This war is not only against the government, the Taliban are the enemy of the whole Afghan nation, parties, ethnic groups, and civil society, and do not represent any ethnicity,” as the group has fought all ethnic groups and destroyed Afghanistan’s infrastructure, over the past 27 years.

Danesh further added that the ongoing war is against all human rights values, the Taliban hasn’t changed, and consider democracy, elections, and the freedom of speech, human rights, rights of minorities, and women’s rights as being contrary to sharia law. Danesh said that all are responsible during these sensitive times, to support the system and the ANDSF. 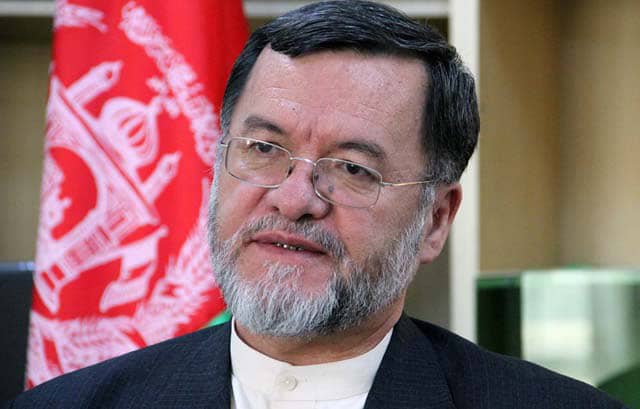 Danesh also re-launched the National Fund to Support Journalists and Media Workers, with new members and mechanism. He stressed on the importance of the fund and added that its leadership board includes representatives of the Academy of Sciences of Afghanistan, Kabul University’s journalism faculty, journalists, non-governmental media, and a number of media supporting organizations, who have been elected for a 2-year term, and will work without payments.

He added that the fund is national and non-governmental, whilst the government will have observing role, and the fund’s new mechanism, describing all its financial resources and payments, which will provide support to all journalists and media workers. The government launched the Fund Financial Support of the Afghan Journalists seven years ago, but the Fund has been inactive over the past two years.

Meanwhile in other news, at least 30 Afghan nationals were held after being found inside a truck in northwestern Turkey, provincial security sources said on Wednesday. Police and Gendarmerie Command teams in Kirklareli province, which borders Bulgaria, stopped and searched a suspected truck at the entrance of the Kofcaz district, the sources said. The irregular migrants, who entered Turkey illegally, were caught and then referred to the provincial migration office, while the truck driver was arrested.