Kabul: The US military appears to be just days away from completing its withdrawal from Afghanistan, well ahead of the September 11 deadline set by President Joe Biden to end America’s longest war, US officials told Reuters on Tuesday, speaking on condition of anonymity.

The US could complete its troop withdrawal from Afghanistan within days, according to multiple US officials, making this a critical week even as US military officials warn the country could devolve into civil war. A formal conclusion this week to the US military withdrawal, or retrograde, would mark an astonishingly quick end to a process that Biden initiated in April when he ordered the military to leave by September 11. As many as 1,000 US troops could remain in the country after the formal withdrawal to assist in securing the US Embassy in Kabul and the city’s airport, a senior administration official told CNN, and it is now unclear how long NATO troops will remain.

In fact, Germany has completed its troop pull-out from Afghanistan, which started in May, the German defense ministry announced on Tuesday, ending a nearly 20-year deployment there alongside US and other international forces. “After nearly 20 years of deployment, the last soldiers of our Bundeswehr have left Afghanistan this evening,” said German Defense Minister Annegret Kramp-Karrenbauer in a statement. “They are on the way back. A historic chapter comes to an end, an intensive deployment that challenged and shaped the Bundeswehr, in which the Bundeswehr proved itself in combat,” she added.

On Twitter, the minister offered her thanks to all the 150,000 men and women who had served there since 2001, saying they could be proud of their service. And she paid tribute to those killed and wounded in service there. “You will not be forgotten,” she said. According to the army, 59 German soldiers have been killed since 2001 in the course of their service in Afghanistan. The last of the troops were airlifted out of their base at Mazar-i-Sharif in northern Afghanistan on two German A400 Ms and two US C17s.

A defense official insisted to CNN on Tuesday that the number of US troops in Afghanistan for embassy protection and airport security would not exceed 650 for now. Meanwhile, a lot is riding on a brewing deal between Turkey and the United States over the security of the Kabul airport ahead of the US withdrawal, the New York Times said on Tuesday.

Negotiations are underway with Ankara to secure the civilian airport that has served a main gateway to Afghanistan are happening as the Taliban advance across the country, the NY Times said, and failure to secure the deal could have dire consequences, including lack of access to the country by aid groups and US diplomatic presences. Turkish President Recep Tayyip Erdoğan discussed Ankara’s plans for the airport with his US counterpart Joe Biden at the sidelines of the NATO summit in Brussels earlier this month, after which US National Security Advisor Jake Sullivan said an agreement had been reached without providing further details. 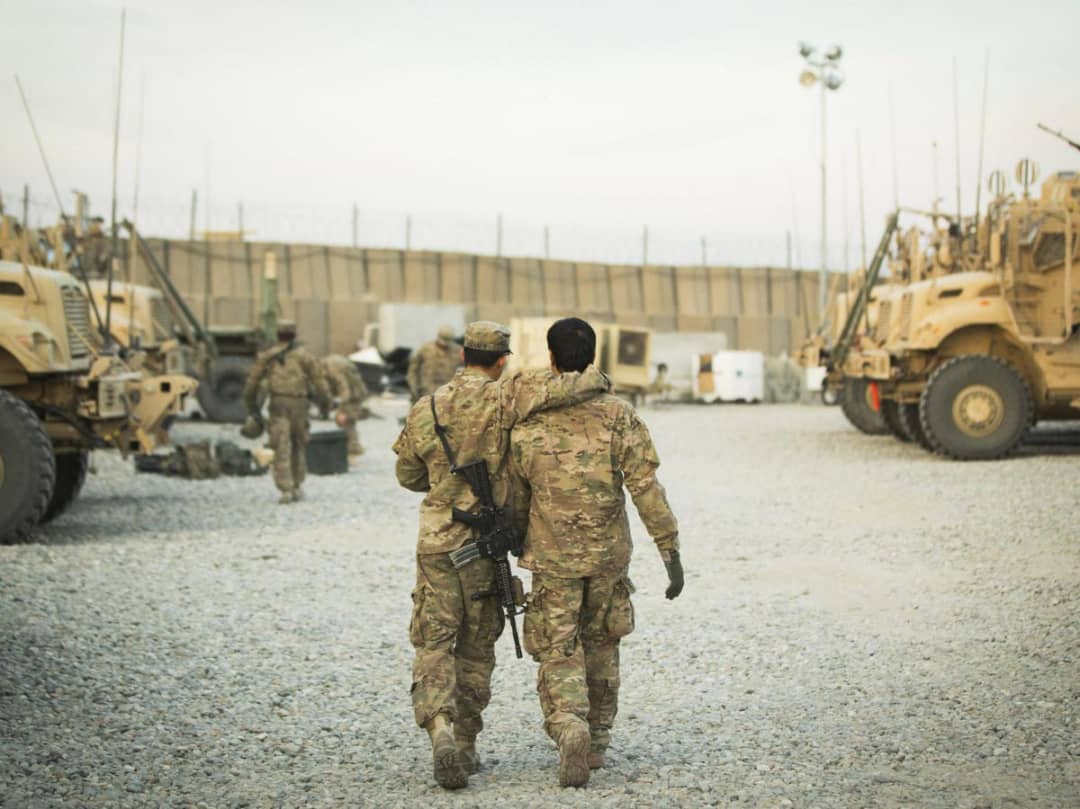 However, questions remain over the viability of the Turkish deployment without continued US air support, among other concerns. Without a secure airport, the ability to conduct day-to-day embassy operations in a large country like Afghanistan, is significantly diminished,” James G. Stavridis, a retired admiral who served as the North Atlantic Treaty Organization’s supreme allied commander for Europe, told the NY times. Even, Turkey’s proposal to keep troops in Afghanistan after the US and NATO forces leave by September 11 deadline has been rejected by the Taliban, which controls swathes of land across the country.

Meanwhile, the US House of Representatives passed the legislation on Tuesday that would make it easier for Afghans who worked for the American military or NATO to relocate to the US. Under the bill, former interpreters, drivers and others who supported the war effort would no longer be required to get a medical examination in Afghanistan as part of the application process for the special immigrant visa.

They would instead have to get one within 30 days of their arrival in the United States. Afghans have been required to get the examination at a single clinic in Kabul. Critics says that’s an unnecessary hurdle during the COVID-19 outbreak and in an already arduous process, made more urgent with the looming withdrawal of US and NATO troops from the country and the danger faced by those who helped fight the Taliban. “We cannot allow a slow bureaucracy to cost the lives of Afghans that served alongside our men and women,” said Democratic Rep. Jason Crow of Colorado, a former Army Ranger who served in Afghanistan and introduced the bill.

In fact, the International Rescue Committee (IRC) responded to the Biden Administration’s announcement of a humanitarian evacuation of Afghan Special Immigrant Visa (SIV) applicants to a third country. “While the IRC supports the evacuation of SIV applicants, the US administration must move rapidly to develop plans to keep Afghan partners safe, including by identifying a safe third country and providing details on evacuation plans; and developing a safe, secure, and efficient adjudication process that addresses the longstanding challenges in SIV processing that have resulted in years-long backlogs,” the statement said.

There are more than 18,000 applications in the current pipeline, impacting a potential total of 53,000 individuals including family members. The State Department estimates it will take more than two years to process those in the pipeline. There are also thousands of Afghans ineligible under this program who are in dire need of protection. Further, the humanitarian situation in Afghanistan continues to deteriorate as conflict, COVID-19 and the impacts of climate change impact millions, IRC stated. Nazanin Ash, Vice President of Public Policy and Advocacy at the IRC said, “The US must be prepared to meet its commitment and moral obligation to help its allies escape violent retribution for their critical assistance to the United States. A plan for protection and processing of thousands of SIVs and other vulnerable people must factor centrally into the US’ withdrawal plans, however rapidly they unfold. The backlog in the system already means it will take an Afghan applicant 2-3 years or more to reach safety in the U.S. Given the uncertain security landscape, there is no guarantee that in-person interviews at the US embassy in Kabul will even be possible for those left after the withdrawal.”

The IRC further called on the US administration to take immediate steps to ensure the protection of at-risk persons who do not benefit from the impending evacuation, including US-affiliated Afghans who do not meet the strict SIV program eligibility criteria; family members of SIV holders left behind; would-be evacuees who are unable to depart due to extenuating circumstances, such as those facing medical emergencies or security-related travel restrictions; and thousands of other Afghans, including women and girls, in need of humanitarian protection.

On the other hand, even the Indian government on Tuesday issued a security advisory for Indian nationals in Afghanistan in the wake of the recent security-related developments in the war-torn country. Calling the situation in several provinces of Afghanistan “dangerous”, the advisory said Indian nationals face the additional risk of being kidnapped by terror outfits.

“The security situation in Afghanistan remains dangerous in several provinces. Terror groups operating in Afghanistan have escalated violent activities and carried out a series of complex attacks. Indian nationals are not exceptions, and they additionally face a serious threat of kidnapping,” the advisory issued by the Indian Embassy in Kabul said.

The Embassy has advised Indian nationals living or travelling to Afghanistan to “exercise utmost vigilance and caution with regard to security at work place, place of residence and also during movement to their places of work”. All Indian nationals arriving in Afghanistan have been asked to register themselves with the Embassy/Consulate on the website www.eoi.gov.in/kabul or by email to paw.kabul@mea.gov.in.

Besides this, Indian nationals have been “strongly advised” to avoid all types of non-essential movements, especially during peak commuting hours. This comes even as Indian External Affairs Minister S Jaishankar on Tuesday met US Secretary of State Antony Blinken and discussed the Indo-Pacific and the Afghan situation during the G20 Foreign Ministers’ meeting in Italy.