Kabul: As per a United Nations report issued on Friday, a significant part of the Al-Qaeda leadership resides in the Afghanistan and Pakistan border region, including the group’s leader Ayman al-Zawahiri.

Zawahiri as per the report is “probably alive, but too frail to be featured in propaganda.” It also added that many Al-Qaeda fighters and other foreign extremist elements aligned with the Taliban are located in various parts of Afghanistan.

“Member states reported that a significant part of Al-Qaeda leadership remains based in the border region of Afghanistan and Pakistan, where the core is joined by and works closely with Al-Qaeda in the Indian Subcontinent,” the twelfth report of the Analytical Support and Sanctions Monitoring Team said.

Previous reports of Zawahiri’s death due to ill health have not been confirmed. “One member state reports that he is probably alive but too frail to be featured in propaganda,” the report said, without identifying the country.

It said Al-Qaeda’s strategy in the near term is assessed as maintaining its traditional safe haven in Afghanistan for the Al-Qaeda core leadership. The Monitoring Team noted assessments that have suggested a longer-term Al-Qaeda core strategy of “strategic patience” for a period of time before it would seek to plan attacks against international targets again. 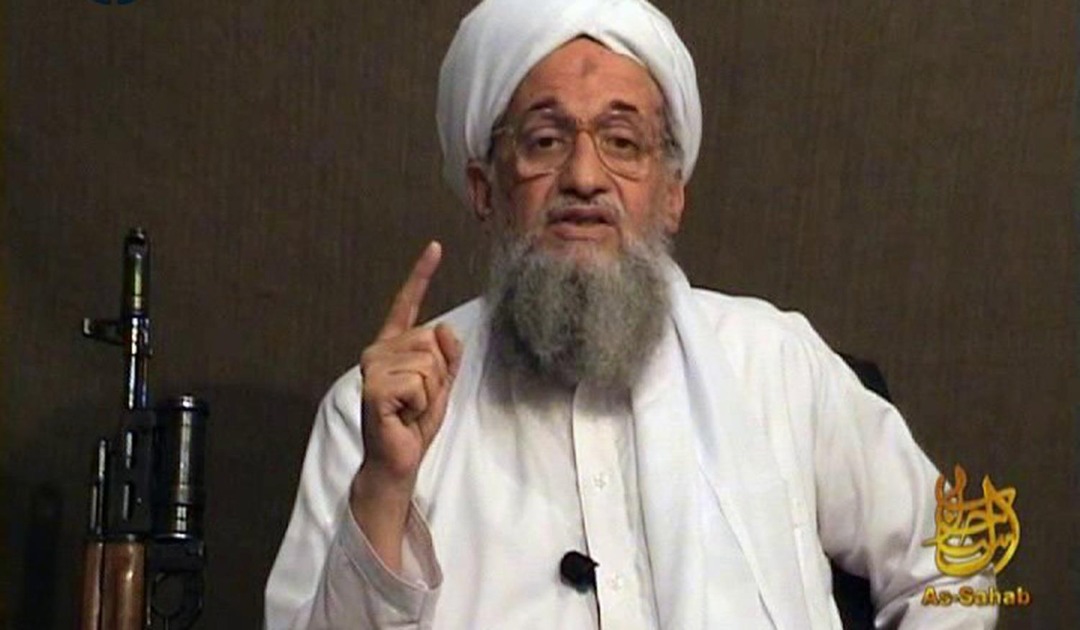 The report said Al-Qaeda in the Indian Subcontinent operates under the Taliban umbrella from Kandahar, Helmand (notably Baramcha) and Nimruz Provinces. “The group reportedly consists of primarily Afghan and Pakistani nationals, but also individuals from Bangladesh, India and Myanmar.”

It said the current leader of Al-Qaeda in the Indian Subcontinent is Osama Mahmood, who is not listed, and succeeded the late Asim Umar. “The group is reported to be such an ‘organic’ or essential part of the insurgency that it would be difficult, if not impossible, to separate it from its Taliban allies. Several member states characterized this relationship by noting that the wife of the former leader of Al-Qaeda in the Indian Subcontinent, Asim Umar, was among 5,000 Taliban prisoners freed by the Afghan Government in 2020 as part of the Doha agreement,” it said.

The report added that Al-Qaeda continued to suffer attrition during the period under review – between May 2020 and April 2021 – with a number of senior figures killed, often alongside Taliban associates while co-located with them.

“The primary component of the Taliban in dealing with Al-Qaeda is the Haqqani Network. Ties between the two groups remain close, based on ideological alignment, relationships forged through common struggle and intermarriage,” the report said. It added that the Taliban has begun to tighten its control over Al-Qaeda by gathering information on foreign terrorist fighters and registering and restricting them.