Kabul: A group of lawmakers on Friday urged the Biden administration to “immediately” evacuate Afghan citizens who helped US forces before the military’s withdrawal from Afghanistan.

The lawmakers said they are “increasingly concerned” that the administration has not helped the Afghans, who would almost certainly face punishment from the Taliban and while the US is processing special immigrant visa (SIV) applications, the group said that process is too slow.

“We appreciate the complexity of ending the war in Afghanistan, but we are increasingly concerned that you have not yet directed the Department of Defense be mobilized as part of a concrete and workable whole of government plan to protect our Afghan partners,” the lawmakers wrote in a letter to President Biden, which was headed by Republican Seth Moulton, himself a combat veteran.

“It would be a moral failure to transfer the responsibility to protect our Afghan partners onto the shoulders of the Afghan Government. If we fail to protect our allies in Afghanistan, it will have a lasting impact on our future partnerships and global reputation, which will then be a great detriment to our troops and the future of our national security,” the letter stated.

The Biden administration has said that it is implementing changes to expedite the processing of SIV applications; however, the lawmakers noted that the sheer quantity of the applications that need to be processed mandates that further action be taken.

The group noted that the withdrawal is expected to be completed in under 100 days and that the average approval time is 800 days. With 18,000 applications left to be processed, the lawmakers warned that the amount of time the Afghan allies have before they lose their US protection is shrinking. 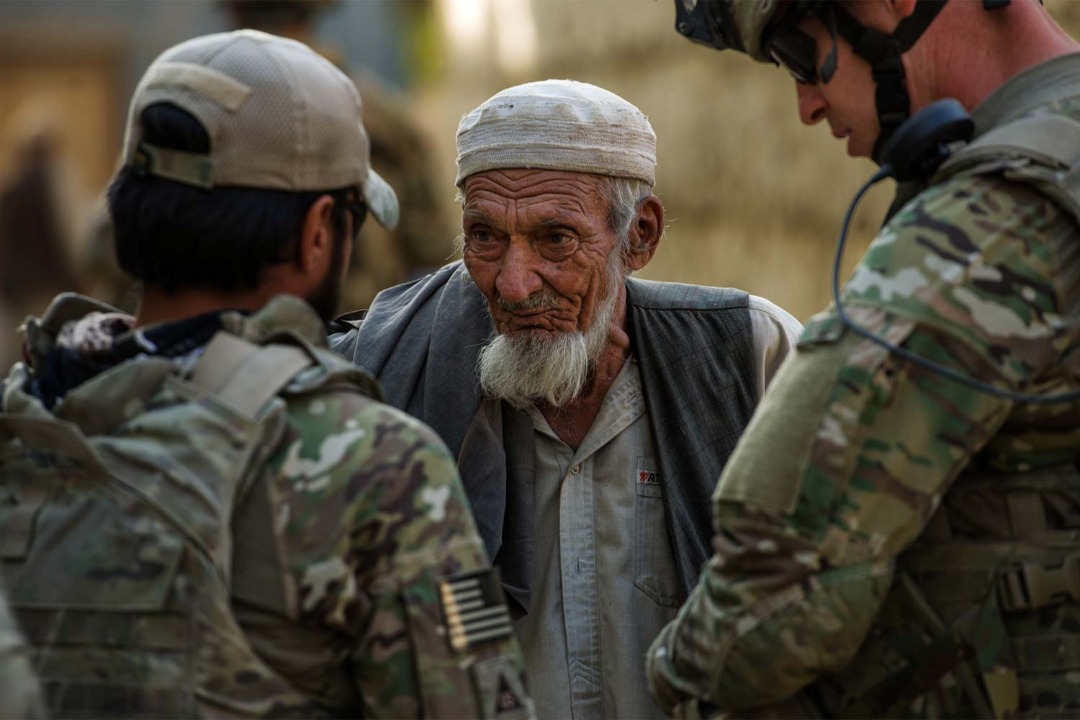 The group of 22 lawmakers, which includes several veterans who served overseas alongside foreign interpreters and security volunteers, recommended that the White House form an interagency task force to oversee the evacuations, and proposed that the territory of Guam be used to temporarily house Afghans whose visa applications are not processed before the withdrawal.

Meanwhile, the US announced that it is providing more than $266 million in additional humanitarian assistance to help the people of Afghanistan, whose lives are being impacted by ongoing conflict and who now are facing extreme food insecurity. This funding includes $157.5 million through the US Agency for International Development (USAID). Total US humanitarian assistance for Afghanistan is more than $543 million since fiscal year 2020.

The increased funding comes at a critical moment of rising humanitarian needs, as people continue to flee their homes due to conflict, and as COVID-19 has triggered an economic downturn that has led to rising food prices.

On the other hand, the European Union’s new special envoy Tomas Niklasson said on Friday that violence must stop and peace talks should move from procedures to substantial negotiations. “As the troops are withdrawing, the EU’s intention is to stay in Afghanistan – continuing our support to the people,” he said.

“I would be happy the day sanctions on the Taliban could be lifted. For that to happen we need to see significant progress in the peace process and a stop to violence,” he said while talking to TOLOnews, adding that he has grave concerns over a dramatic surge in the level of civilian casualties. “Our first call is on a comprehensive and immediate ceasefire and that is not because it is in our interest, it is because we see Afghans—all Afghans suffering. The second thing is that by reducing the level of violence, by agreeing on a ceasefire, you signal a commitment, you signal that you are serious, you show to the people that you care about them and you care about the future,” he said.

He asked the Afghan government to fight against corruption and deliver on its promises towards human rights and children’s rights. “The EU is ready to continue its cooperation as a reliable partner, but we expect that the government of the Islamic Republic of Afghanistan will respect its international commitments, its commitments to the rights of women, its commitments to the rights of children and to continue to fight corruption,” he said.