Kabul: Members of the Ghazni provincial council said that the Deh-e Yak district of Ghazni province has not fallen to the Taliban, rejecting the group’s claims.

Nasir Ahmad Faqiri, head of the Ghazni Provincial Council, said that the center of Deh-e Yak district had been relocated 100 meters away by decision and at the request of the people.

However, the chairman of the Ghazni Provincial Council admits that clashes between forces and the Taliban took place on Friday; but he said that the group’s attacks had been repulsed. Earlier, Taliban spokesman Zabihullah Mujahid had said that the district center of Deh-e Yak, the district police command, had been completely captured.

Meanwhile, local officials in Nuristan province have confirmed the collapse of Du Ab district to the Taliban, but did not provide further details. The district is located west of Parun, the center of Nuristan. Du Ab is bordered by the Dawlatshah district of Laghman, which recently fell to the Taliban. This is the second district to fall to the Taliban in the past two days. The Taliban seized government facilities in Shinkai district of Zabul province on Friday. 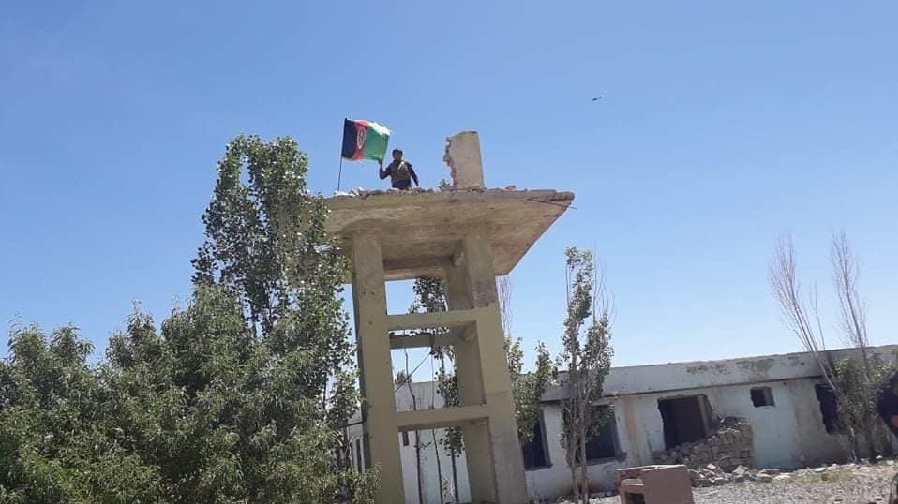 He added, “The convoy of the 2nd Brigade Commander hit a landmine planted on the road in the Abb Barik area of Argo district on the way back from Dream district at noon on Friday.” Nazari added that the commander of the 2nd Brigade was not injured in the incident. No group or individual has claimed responsibility for the attack.

On the other hand, a number of members of the House of Representatives said that 13 uprising forces were killed in a mistaken airstrike by army forces in Badakhshan province.

Zabihullah Atiq, Badakhshan MP in the House of Representatives, claimed that the incident took place on Friday night in Kohistan district. “Clashes between security forces and the Taliban have been going on in Raghistan district for the past three days. On Friday night, the forces of the popular uprising in the mountains, under the command of the Mohammad Ashour, went to Raghistan with more than twenty people with the help of the security forces and retreated from a trench,” Atiq said.

According to the member of parliament, the insurgents were targeted by army airstrikes on their way back to the border between Kohistan and Raghistan districts in the Yalga area. Atiq stated that as a result of this incident, 13 popular uprising forces, including Mohammad Ashour, were killed and 8 others were injured. The Ministry of Defense and local officials in Badakhshan province have not yet commented.

Meanwhile, Sang-e-Atash village in Farkhar district of the Takhar province has been completely cleared of Taliban on Saturday morning after two days of fighting, said Khalil Asir, a spokesperson for the Takhar Police.

According to Asir, the Taliban insurgents suffered heavy casualties during the operation. He added that Ikramuddin Sari, the Takhar police chief, was currently present in the area and was clearing out suspicious houses and neighborhoods in and around Sangat-e Atash village.