Kabul: Responding to recent remarks by Pakistani officials, the Ministry of Foreign Affairs (MoFA) on Friday said that the world knows who has really continued the war in Afghanistan and added that a blame-game will not prove to be helpful at this critical juncture.

Pakistan’s Foreign Minister Shah Mahmood Qureshi in a virtual speech to the European parliament this week said that there are people within Afghanistan who want to disrupt the peace process in the country and even during this meet with Tajikistan’s President Emomali Rahmon this week in Islamabad, Qureshi repeated his allegation.

The Afghan Ministry of Foreign Affairs said that the spoilers of peace are those who have rejected the Afghan people and the international community’s call by continuing violence. “Blaming will not prove to be constructive at this sensitive juncture and peace in Afghanistan that is in favor of countries in the region, especially Pakistan, cannot be ensured by issuing statements and remarks,” the ministry said.

This comes even as Pakistan Prime Minister Imran Khan said that their country is pushing for a political settlement in Afghanistan before foreign troops leave, to reduce the risk of civil war in its western neighbor.

“There is a lot of fear right now in Pakistan and I assure you that we are trying our level best that there is some sort of political settlement before the Americans leave,” Khan told Reuters on Friday at his official residence in Islamabad. 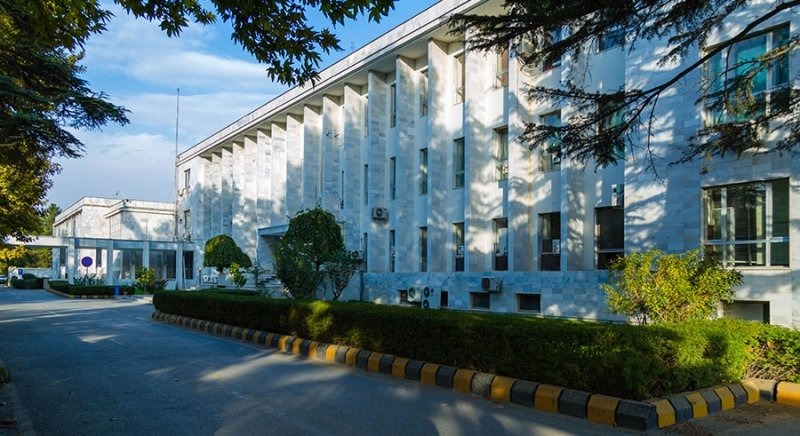 “Since the moment the Americans gave a date, of when they were going to leave Afghanistan … the Taliban feel they have won the war,” Khan said, adding it was not going to be easy to get concessions from the Taliban after the US decision.

The Pakistan PM said that Pakistan would suffer the most, after Afghanistan itself, if there was civil war and a refugee crisis. He said that his government had changed Pakistan’s decades-long policy of pushing for “strategic depth” in Afghanistan to ensure that there was a friendly government there.

“Any Afghan government chosen by the people is who Pakistan should deal with,” Khan said. Khan said a lot depended on US special envoy Zalmay Khalilzad, with Pakistan’s and Afghanistan’s help, to carve out a settlement to avoid more bloodshed.

According to the Chinese Foreign Minister, the three foreign ministers held a harmonious and friendly dialogue with in-depth and fruitful discussions and reached eight-point consensus. First, China, Afghanistan and Pakistan agree to firmly push forward the peace and reconciliation process in Afghanistan; call on all parties in Afghanistan to implement the ceasefire; advance inter-Afghan negotiations, and welcome the Taliban back to the political mainstream. Foreign military forces should withdraw in a responsible and orderly manner. Countries in the region should play a bigger and constructive role in stabilizing the situation in Afghanistan.

They also agreed to strengthen political mutual trust, increase exchanges and communication and develop good-neighborly friendship. China will continue to play a positive role in improving and developing relations between Afghanistan and Pakistan. China and Pakistan also reaffirmed their support for peace and reconstruction in Afghanistan, apart from deepening high-quality cooperation on the Belt and Road cooperation and promoting trilateral cooperation and explore new space for cooperation in such areas as health care and education. China also said it is ready to provide more support to Afghanistan and Pakistan in fighting and defeating the pandemic.