Kabul: While discussing Afghanistan’s extent of marble exports to Turkmenistan, Minister of Foreign Affairs Mohammad Haneef Atmar and his delegation provided comprehensive information to Foreign Minister of Turkmenistan Rashid Meredov and his delegation on the $200 billion worth of resources and rare stones in Afghanistan, and called the export of the stones significant in strengthening and expansion of trade between Kabul and Ashgabat.

Highlighting the construction projects for building new cities in Turkmenistan, the Turkmenistan delegation discussed their requirement for marble and expressed Turkmenistan’s full readiness to procure marble from Afghanistan. The two sides emphasized on the importance of marble supply and demand in the two countries’ trade expansion and agreed to sign an agreement on Afghanistan’s marble export to Turkmenistan.

The two ministers also discussed the importance of implementation of the Torghundi-Herat railway project within the framework of the two countries’ joint perspective on regional connectivity. 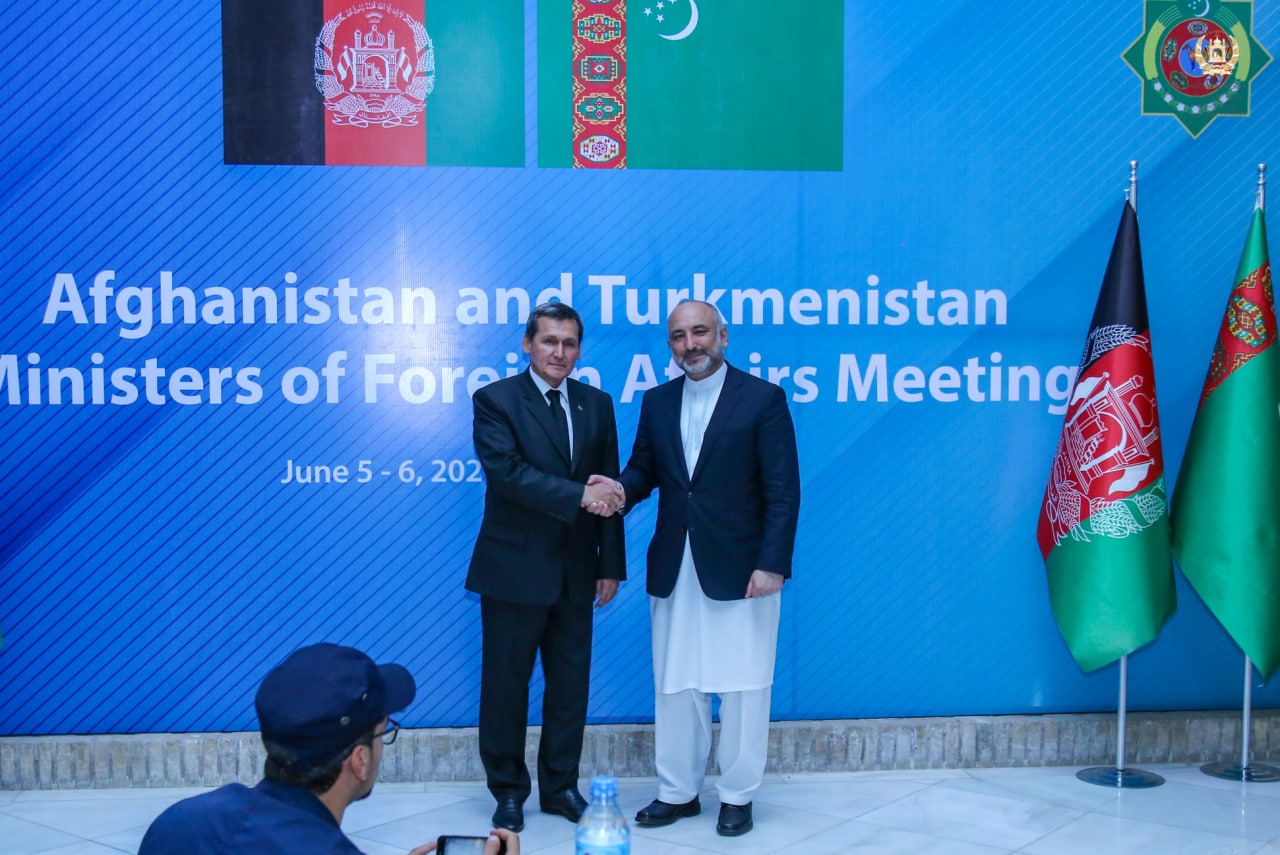 Considering the implementation of this project a good start for the implementation of related railway projects in Afghanistan, they stressed on the need for starting practical work on the project. The two sides agreed to continue negotiations between the sectoral entities of the two countries on the acceleration of the project work as well as conducting practical and comprehensive studies in line with the international standards.

Meanwhile, the Minister of Mines and Petroleum Harun Chakhansuri, in response to criticism that the Turkmenistan gas pipeline project from Afghanistan to Pakistan and India has not been launched, said that the TAPI project is not an imaginary one and that a large investment had been made.

During a joint news conference with Foreign Minister Mohammad Hanif Atmar on Sunday, he said that the necessary technical preparations for the start of the TAPI project on Afghan soil had been undertaken and that the exact time for the start of practical work would be determined in three months.

“TAPI is not an imaginary project, if it was imaginary, the Asian Development Bank would not have pledged $1 billion to it,” Chakhansuri said in response to a question during the press conference. The Minister of Mines and Petroleum also added that $530 million will be invested in the Herat Gas Utilization Center, but the reason for the delay in the project is the lack of facilities on the territory of Turkmenistan. On the other hand, Afghan government officials acknowledge that the security situation is the most important obstacle to the TAPI project in the country.