This was the first contact between the Ukrainian and Afghan foreign ministers since 2008 and is said to be an implementation of the Asian strategy for Ukraine. “Ukraine and Afghanistan are united by their long-term friendship and mutual respect. Ukrainians support Afghans in their efforts to restore peace in the country and build an inclusive society,” Kuleba said. 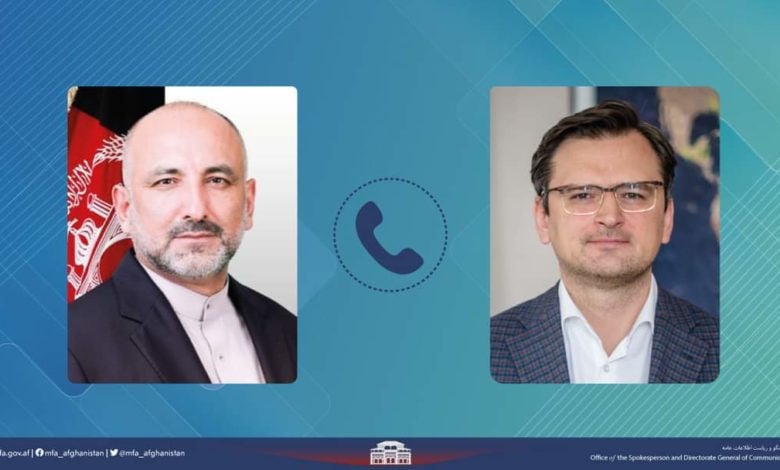 Atmar also supported Kuleba’s proposal to hold discussions between the foreign ministries of both the countries this year to look at practical steps for the development of cooperation in the political, trade, security and educational spheres. The ministers noted the significant opportunities for the participation of Ukrainian companies in the implementation of infrastructure projects in Afghanistan, in particular in the regions affected by the armed conflict.

“Last year, trade between Ukraine and Afghanistan amounted to USD 7.17 million. This figure absolutely does not correspond to the potential of the two countries. We should jointly make sure that the volume of trade increases significantly in several years,” Kuleba said.

He also named other priority areas of cooperation, namely: military-technical cooperation, study of Afghan students in Ukraine, and the supply of Ukrainian food products to ensure food security in Afghanistan.

The ministers also discussed cooperation between Ukraine and Afghanistan within the framework of international organizations, in particular the UN.