Kabul: The New York Times on Sunday published a report outlining the CIA’s struggle to put together a new counterterrorism strategy as US troops withdraw from Afghanistan. “The CIA is seeking ways to maintain its intelligence-gathering, war-fighting and counterterrorism operations in the country,” The New York Times reported, citing CIA analysts warning of the “ever-growing risks” of a Taliban takeover.

The report focused on Pakistan, saying “the CIA used a base there for years to launch drone strikes against militants in the country’s western mountains, but was kicked out of the facility in 2011, when US relations with Pakistan unraveled. Any deal now would have to work around the uncomfortable reality that Pakistan’s government has long supported the Taliban.”

The Times article stated that discussions are ongoing over the use of Pakistan for more bases, “In discussions between American and Pakistani officials, the Pakistanis have demanded a variety of restrictions in exchange for the use of a base in the country, and they have effectively required that they sign off on any targets that either the CIA or the military would want to hit inside Afghanistan, according to three Americans familiar with the discussions.”

The Times reported that US diplomats are exploring the possibility of establishing US bases in the region with former Soviet republics, but expect that Russia’s President Vladimir Putin would oppose this.

Citing “several people familiar with the assessments,” the Times report said that recent CIA and military intelligence reports on Afghanistan have been “increasingly pessimistic” and have “highlighted gains by the Taliban and other militant groups in the south and east, and warned that Kabul could fall to the Taliban within years and return to becoming a safe haven for militants bent on striking the West.”

William J. Burns, the CIA director, told US senators in April, “When the time comes for the US military to withdraw, the US government’s ability to collect and act on threats will diminish.”

The CIA head visited Islamabad, Pakistan in recent weeks to meet with the chief of the Pakistani military and the head of the directorate of Inter-Services Intelligence, but a CIA spokeswoman declined to comment when asked about Burns’s travel to Pakistan, said The Times. 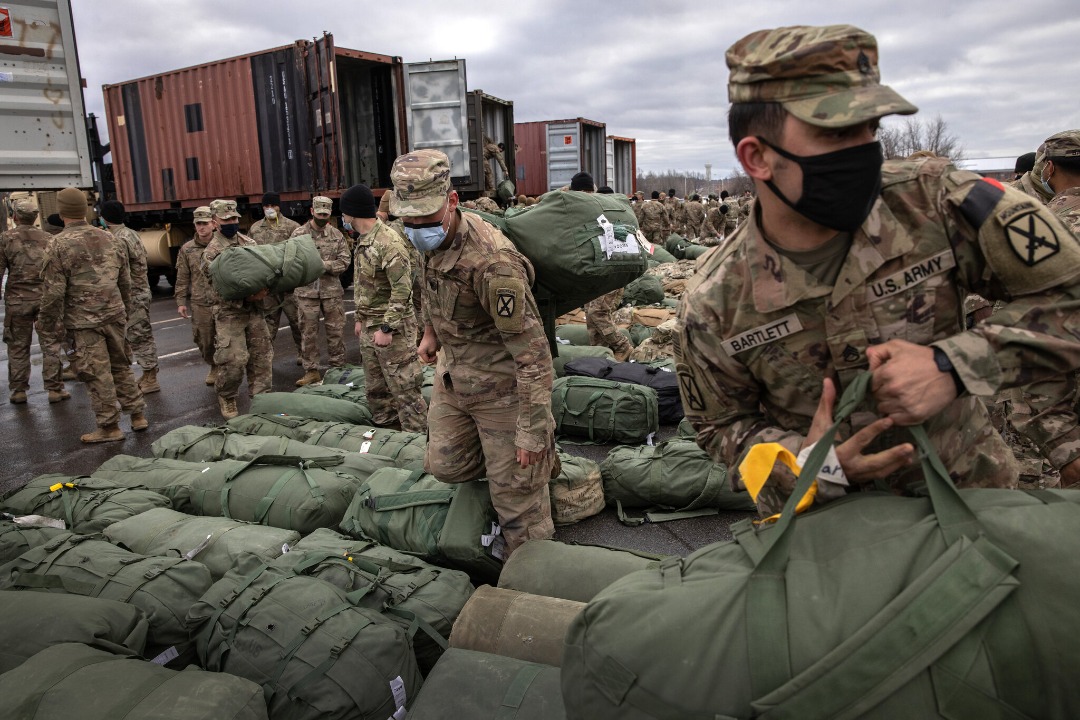 According to “American officials familiar with the conversations,” The Times reported, “Secretary Lloyd J. Austin III has had frequent calls with the Pakistani military chief about getting the country’s help for future US operations in Afghanistan.”

The report noted that US Secretary of State Antony Blinken spoke this month with his counterpart in Tajikistan, “though it is not clear if base access was discussed during the call.

Meanwhile, according to military experts and a recent US Defense Department inspector general’s report, NBC News has highlighted that the Afghan government forces could lose the single most important military advantage they have over the Taliban — air power — when private contractors and US troops leave the country in coming weeks.

Roughly 18,000 foreign contractors in Afghanistan provide an array of key services to the Afghan security forces, but they are expected to leave the country along with US and NATO troops in the coming weeks. NBC reported that without the help of foreign contractors, Afghan forces will no longer be able to keep dozens of fighter planes, cargo aircraft, US-made helicopters and drones flying for more than a few more months.

Meanwhile, with the surging violence, the International Federation of Journalist (IFJ) and its Afghanistan-affiliate, the Afghan Independent Journalists’ Association (AIJA) is alarmed by the increased targeting of women journalists and has sought action by the Afghan government.

Mina Khairi, a 27-year-old journalist, who was seriously injured in targeted explosion on June 3 in Kabul, later died in hospital the same day. Khairi, her mother and two others were killed by the car bomb attack, which occurred in the Chahar Qala area of Kabul’s District 6 area on June 3. Khairi’s sister, Hasina Khairi, was also critically injured in the explosion and died three days later on June 6.

No group has yet claimed responsibility, while the Taliban has publicly denied involvement in the incident. The Taliban, however, issued a warning to Afghanistan journalists on May 5 against presenting “one-sided news in favor of Afghanistan’s intelligence”.

According to recently released IFJ South Asia Press Freedom Report, there were ten journalists’ killings in Afghanistan in the period May 1, 2020 and April 30, 2021 as well as rising incidents of threats and intimidation of journalists.

The IFJ General Secretary, Anthony Bellanger, said, “The IFJ expresses its serious concern to the recent wave of murder of female journalists in targeted attacks in Afghanistan. This latest attack highlights the critical need for extra security for journalists and a clear strategy to combat the targeted attacks against women journalists.”